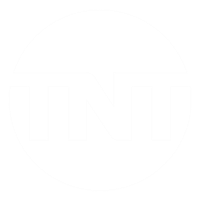 Angélico soars in All Elite Wrestling, all the way from Jozi to TNT Need a new take to fill your wrestling fix? TNT (DStv channel 137) is firing up the finishing moves every Friday night with the introduction of All Elite Wrestling (AEW) and its showpiece programme, Dynamite. And there’s one star flying around the ring you need to take note of: Adam Bridle – aka Angélico.

“I started training at a little wrestling school in Durban and look at me now,” says the 33-year-old, who has travelled the world, from Mzansi to Spain, Japan and now to the United States where he’s working in the ring alongside wrestling icons like Cody Rhodes.

What does it take to be an international star in the wrestling ring? Strap in, because this ride is about to be wild… How did you get into wrestling – actually wrestling and not just watching – in SA?
I trained at a little wrestling school in Durban but it closed after I’d been there for about 3 months only. From there, I transferred to Joburg where there’s a bit more of a wrestling scene… and by that I mean an actual wrestling ring, in a building, that you could access and train in. I’m sure that company, sadly, is defunct now. I spent about 9 months there.

And how did you make the move to the international wrestling scene?
After my first full year wrestling in SA, I was in a local wrestling show on the public broadcaster. They brought in a couple of European wrestlers for the show, and seeing their style and the way that they carried themselves with flair, it awoke something in me. I realised that I needed to start traveling to get above my current level. It’s not that I got to the highest level I could in that one year, but I could see that the Europeans already had that next level. I wanted to get to that level, and I decided that I needed to move to do it.

I was in England wrestling for quite a while, then Spain a little bit at that time. I met a legendary wrestler called Último Dragón. I’d been taken along as an extra on a wrestling tour through Spain – I was literally carrying their bags, putting them on the bus, taking them off. The guys let me jump in the ring before the shows to do a couple of flips, and they beat me up a little bit. Último Dragón saw some potential in me and invited me to his famed wrestling school in Mexico City. I continued training there for the next 9 years on and off, developing myself in the ring. In-between I went to Japan for 3 months of training, and did a few tours in Europe. Only recently, about 6 years ago, did I really start breaking into America.

What is your signature move?
It’s the Navarro Death Roll which is the most devastating submission move you’ve ever seen.

Have you trained in any other forms of martial arts?
As a kid I was obsessed with anything and everything to do with fighting, so the first thing I could get into was karate. I did karate for years, all the way to purple belt which is 2 levels below black belt. I was there for a long time. As I’ve grown older, my fascination with the fighting arts have led me to train in many formats. Every year, I set a goal to train and learn a new skill, whether it’s boxing or jiu-jitsu or whatever. I’m always dabbling in different stuff and trying new training methods. So I haven’t dedicated myself to one martial art or style, but I’m definitely always trying something new.

That goes for sports too. I don’t do mountain biking like riding off-road, but a mountain bike curiously is my main form of transport here in Cancun, Mexico, where I live. I love motocross, skateboarding, snowboarding in the winters. I’m not an adrenaline junkie, but I definitely like these skilled challenges and to challenge my body. All these skills allow my body to move and react, and that translates into my wrestling abilities in the ring. Soccer too. I love soccer and I keep up to date with what’s going on at Orlando Pirates. Have you suffered any series in-ring injuries?
I dislocated and fractured my elbow at the same time on a move. I didn’t realise what happened – I knew that something had gone wrong, but with the adrenaline and everything, I didn’t know what. I tried to continue the fight but I couldn’t even lift my arm. It wouldn’t move how I was telling it to. That was scary – I thought that I’d snapped it. It was a long process to heal because the fracture was right in the dislocation. Apart from that, I’ve had no big injuries, and I’ve never needed surgery.

How has COVID affected the show in terms of no crowds?
It affects my nerves – the good nerves, adrenaline. Fans inject their energy into you, you want to jump higher, be more athletic, be more aggressive because you’re feeding off their energy. Their energy becomes your energy. Without that enormous energy that the fans give us, you can actually feel that difference. It’s a huge shame for the fans and us not having them there.

We haven't been filming with a live audience since March 2020 and I think we’re going to be doing that for the foreseeable future. It takes 2 hours to film each episode of All Elite Wrestling Dynamite, and we’re performing at Daily’s Place, it’s an amphitheatre in Jacksonville, Florida… but I live in Mexico. When I’m due to work, I travel to Florida and hang out there for 2 weeks, then back home for 2 weeks.

And your favourite wrestler is…
That’s impossible. It changes every 10 minutes. But I really do love the late Mexican wrestling legend Eddie Guerrero.

Watch Angélico on All Elite Wrestling Dynamite, Fridays on TNT (DStv channel 137) at 20:00

How to watch AEW online

Stream it online with the DStv app
Get the DStv app. It’s no extra cost for DStv subscribers. With the DStv app, the same channels you watch on your decoder at home are available for you to stream online at https://now.dstv.com/, or using the DStv app on your phone.

Download and watch later
Get the DStv app (Apple or Android) and download episodes to watch on your phone or tablet – just remember to connect to the Wi-Fi first so there are no surprise data costs.

Grab the popcorn, dust off your gi, and tune in for some of the best modern martial arts movies, and the hottest rising stars in the action world

The new look TNT (DStv 137) starts February with a bang

The man they call the “Nigerian Nightmare,” Kamaru Usman, defends his belt for the third time this weekend, against former teammate Gilbert Burns of Brazil.

It’s the Month of Love on DStv

Fall in love with our exciting offering of fresh new shows this month on DStv.