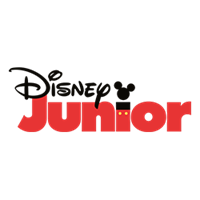 Mira Royal Detective’s composer, Amritha Vaz, takes us inside her work on the series, now on Disney Junior (DStv 309) While Mira The Royal Detective (voiced by 16-year-old Leela Ladnier) and her little mongoose friends, Mikku (Kal Penn) and Chikku (Utkarsh Ambudkar), seek out answers to mysteries in their hometown of Jalpur in India, every day and every case is filled with colour, culture, dance and music. For both South African families with ties to India, and those who love to explore, it’s a Royal treat.

A world of music

One of the things making Mira Royal Detective feel so authentically Indian, even though it’s made in both the US and India, is its music. We chatted to the series’ composer, Amritha Vaz, about her work on the show. See Amritha talking briefly about Mira in the video above (her section starts around 0:37), then carry on for our in-depth chat below.

What is different about writing music for animation aimed at younger children?

Amritha: One of the biggest differences for me, as a composer, is that I get to be much more involved in storytelling in animation. Apart from setting the tone and atmosphere, the score can really help our youngest detectives be aware that something Mira has found is indeed a clue, or that we’re running out of time, or that Mira is starting to put all the pieces together.

The world of Jalpur is visually stunning, and the writing is compelling and funny, but since we’re not seeing live animals and humans in the show, the music can still help us feel a little more empathy or connection to the animated characters. As a result, I might need to put more effort into telegraphing certain emotions for the characters or story moments, which would otherwise feel forced or really over the top in live action.

Having a toddler myself, I also know how easy it is to lose their attention, so there is a lot more music to write to keep our little ones entertained than we might need for our more mature audiences.

One last difference is that I get to dwell in the world of silliness and fun. It’s a new experience for me as I’ve always found it easier to connect with darker emotions. But I can say I’m very grateful, especially during these times, that Mira Royal Detective gives me the chance to embrace music that is so purely joyous and celebratory.

Does your little daughter enjoy the music in the show? What’s it like to see that?

Amritha: My daughter just turned 3 when I got hired as the composer. Now she’s 5, and as the episodes are airing, it's so incredible to see her feel so connected to such a smart, compassionate, funny, capable role model like Mira, who looks like her. She loves wearing her Mira coat, writing down clues in her notebook, and jumps up eagerly to dance and sing to the songs. I also get to see first-hand how well Mira Royal Detective succeeds in showcasing South Asian culture, because she’s gained so much knowledge and interest in her heritage just by watching the show. One hilarious thing is that at the end of each episode, she cheers so loudly when she sees her mama’s name in the credits. It makes me feel like a total rock star [Amritha laughs].

Which periods of Indian and South Asian music do you draw from most for Mira?

Amritha: The score takes inspiration from traditional Indian classical and South Asian folk music. And it takes a more chamber music approach to the orchestration. Given that the story is really focused on Mira and her close friends working together to solve mysteries, it felt very natural to keep the writing more intimate. While I didn’t focus on a particular musical era, I really admire the great storytelling of musical directors like C. Ram Chandra, R.D. Burman and Ilaiyaraaja, so their writing has certainly influenced how I approach the score.

Which instruments are the stars of your score?

Amritha: Since Mira plays tabla, it was natural to have it play a central role in the score, along with dhol and tumbi, because they are played by our lovely Mikku & Chikku. I also feature sitar, sarod, santoor, kanjira and ghatam. However, since we’re all committed to showing as much authenticity and complexity of South Asian culture as possible, it is a personal goal of mine to highlight as many different regional instruments as I can. Luckily for me, there is a wealth of fascinating instruments to choose from, so you’ll also hear sarangi, shehnai, ektara, morsing, dholak, mridangam and many other incredible melody and percussive instruments throughout.

What is it like for you to see the creative team take such care to make any onscreen musicians look like they’re accurately playing their instruments?

Amritha: There is so much about this show that is special, but the most incredible aspect is the absolute dedication and commitment there is, across the board, to authenticity. I am blown away by the care and attention that is taken to depict musicians and musical instruments accurately and respectfully. As someone who has a deep personal reverence for both the musical instruments and the musicians of this community, it makes me so proud to be part of this team, and of what we’re creating. I really hope that it encourages a new generation of little musicians. Some of the instruments that I’ve seen Dorothea (our Art Director) design are even more beautiful than the ones you can buy. I keep bugging her to design a line of musical instruments from the show so that I can have a real-life copy myself!

How did you collaborate with Matthew Tishler and Jeannie Lurie, who wrote the songs?

Amritha: Matthew and Jeannie are total geniuses in the songwriting department, and I love all the witty, catchy songs they have written for the show. While we do talk about musical concepts, we mostly live in our own discrete worlds of songwriting and score writing and don't directly collaborate. However, we do use the same core team of brilliant South Asian musicians for both the songs and the score, which helps to create a cohesive musical sound for the show. How to watch The Mira Royal Detective online

Mira Royal Detective is on the case, and she’s found all the Indian architecture, culture, music and dance to fascinate the little ones