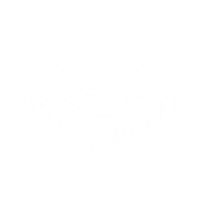 So much more Tom & Jerry on DStv this March

Get ready for new episodes of The Tom & Jerry Show, plus two brand new Tom & Jerry movies! It’s all coming to Boomerang (DStv channel 302) this month.

If you thought that 81 years of cat and mouse games, catch-me-if-you-can and relentless pursuits would have tired this iconic duo out, you’re wrong!

As energetic and mischievous as the world has come to know them, Tom and Jerry still have a lot of life in them as they launch into Boomerang Africa from Monday, 8 March with brand-new episodes, and all-new storylines, in season 5 of The Tom and Jerry Show.

The new edition of the series, launched in 2014, is directed by Darrell van Citters (also known for directing the latest version of The Looney Tunes). It is based on the 1940 Tom and Jerry animated cartoon series created by animation pioneers and legends, William Hanna and Joseph Barbera.

The characters are simultaneously timeless and timely, as their modern attributes and sense of irreverence are a perfect fit for today’s audiences around the globe. Our beloved frenemies, who love to hate each other, are joined by Spike, Tyke, Tuffy, Butch and other friends in new adventures around the house, and beyond!

Tom and Jerry remains one of the best performing shows on Boomerang Africa and is one of the most significant contributors to the channel’s ratings in the past year. This timeless classic, loved by children and adults across Africa, was once again voted one of the ‘Coolest Cartoon Shows’ by South African youth in the Sunday Times Gen Next Awards, now six years in a row.

To celebrate the release of The Tom & Jerry Movie, a hybrid live action and animated film coming to cinemas in South Africa on Friday, 5 MArch, Boomerang Africa will launch all-new episodes of the current spin-off series on Monday, 8 March, with tune-in Mondays to Fridays at 08:05. The new episodes will see the legendary pair continuing their never-ending chase on a camping trip to canyon country where they get more than they bargained for; then the frenemies end up revelling in Spike’s owner, Rick’s, sleepwalking escapades to the local fast food joint; and Jerry pretends to be a ghost terrorising Tom … until he gets a fright of his own!

In addition, fans will be able to celebrate the public holiday on Monday, 22 March with two Tom and Jerry movies starting at 08:05. Tom and Jerry: The Fast and The Furry follows the duo as they agree (for once!) to enter a race around the world where the winner gets a fancy new house – after wrecking their own home during a chase. The two then accidentally blast off to outer space in Tom and Jerry: Blast off to Mars.

Boomerang (DStv channel 302) is available on DStv’s Premium, Compact Plus, Compact and Family packages. To upgrade your account or to get DStv, click here.

How to watch Tom & Jerry online

Get the DStv app. It’s no extra cost for DStv subscribers. With the DStv app, the same channels you watch on your decoder at home are available for you to stream online at https://now.dstv.com/, or using the DStv app on your phone

Welcome to the Festival of Fun

Cartoon Network (DStv 301) and Boomerang (DStv 302) are bringing your kids talking mushrooms, singing cheese and all kinds of Valentine’s Day fun this February!