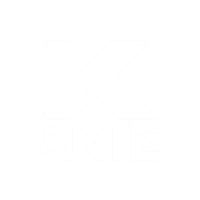 The turbulent lives of the students, parents and teachers at Arendsvlei High School make for captivating viewing each week on kykNET & kie.

Set on the Cape Flats at fictional semi-private high school Arendsvlei, this engrossing drama has held viewers spellbound since the 156-episode telenovela kicked off in October 2018.

Here are 5 things that make Arendsvlei so good:

1. It’s a school drama with family at its heart

Arendsvlei is ultimately a family drama. The story follows the teenagers and grown-ups in the classrooms and hallways of the school, and the good (and bad!) moments in their lives after the last school bell rings. The story is told from the point of view of the Cupido family, who founded and now run the school and try to make a difference in the lives of the young people in their community.

Arendsvlei is a finite series. It covers “a most unusual year at Arendsvlei high school”, and that story will come to a conclusion later this year. With a crew of 40 people and a cast that includes more than 65 actors, production on the series wrapped in May this year. Along the way, we’ve met a wide range of diverse characters – each on their own personal journey, searching for love, safety, identity or power. At the heart of the series is the question: Will Arendsvlei and its core principles as a high school be able to survive this turbulent year as a beacon of hope for its people?

Part of what makes Arendsvlei feel so real is the unmistakable Afrikaans dialect the characters speak, which is exactly what you’ll hear on the streets of Cape Town. Scriptwriter Theltom Masimila says "the language use is authentically Cape-based, very comfortable and belonging to the people whose stories we are telling."

4. A melting pot of real-life issues

“People are living our story in their worlds,” says kykNET producer Janine Cornelius. “Not everyone has good intentions and they influence other people’s lives, directly or indirectly. This show is telling stories from people without that platform. There is murder, crime, scandal, hope, dreams – everything. Just like the real world.”

Arendsvlei was produced by Penguin Films and filmed at Atlantic Studios in Milnerton, Cape Town. It’s from the mind of writer Theltom Masimila, who worked on the story for six years. “I worked on the scripts for 7de Laan and Suidooster,” he explains. “In 2015, I actually planned for this to be a short story – not a TV production.”

After submitting it to a magazine as a short story (although the magazine never received it), he spoke to producer Roberta Durrant at Penguin Films. “We prepared a submission for kykNET & kie. They loved it and we left with an undertaking for a 156-episode telenovela.” It’s very much based on Theltom’s own life growing up. “Family members, including my dad, are teachers. I used them as my inspiration. This is their story.”

For the latest news and videos about Arendsvlei, be sure to check out the kykNET website here.

Watch Arendsvlei from Mondays to Wednesdays on kykNET & kie (145) at 20:00. Missed the latest episode? Catch up on the DStv Now app.

Meet the stylists on the set of Arendsvlei

Talented stylists help the actors in this gripping telenovela to excel in their portrayal of relatable characters.

Beatrice Abrahams and the learners of Hoërskool Arendsvlei will bring more drama to the small screen in kykNET & kie’s telenovela.