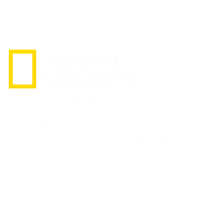 Dr. Terrence “T” Ferguson and Dr. Vernard Hodges have been best friends ever since they met at Tuskegee University College of Veterinary Medicine in the late 1990s. For the past 20 years, they’ve run Critter Fixer Veterinary Hospital in Bonaire, in rural Georgia. They’re at that intersection where they’re called on to treat farm animals from small holdings, personal pets from hamsters to horses, local wildlife and some exotic species, too… including camels. In their National Geographic Wild (DStv channel 182) documentary series Critter Fixers: Country Vets, they take us inside their practice, where they treat around 20,000 patients per year.

It’s a family friendly show that works on so many levels, from introducing city kids to the love and care that farm animals need, to showing the reality of a job that never sleeps. But the best medicine on the show is Dr. T and Dr. Hodges themselves. They love every animal that comes through their doors, and they love passing on their knowledge about helping animals, too. As part of filming the series, they’ve both had to learn how to explain what they’re doing for the cameras, every step of the way. And they do it with flair and humour. “Critter Fixers: Country Vets shows us just how important veterinary care is in the lives of the many animals that live among us. Dr. Ferguson and Dr. Hodges treat such a wide variety of patients, and their unique cases together with their delightful personalities, make this series an absolute treat to watch,” says Evert van der Veer, Vice President, Media Networks, The Walt Disney Company Africa.

National Geographic Wild (DStv channel 182) is available on DStv Premium, Compact Plus, Compact, Family and Access. To upgrade your existing package, click here. Or if you'd like to Get DStv, find a service that suits your needs here.

Critter Fixers: get your fix!

In the US, only 2% of vets are African American. 1 of the things that attracted Dr. Hodges and Dr. Ferguson, who both have children themselves, to the idea of making a show about their work, has been to offer kids who love animals a chance to see people like themselves in the job, as well as seeing them as dads and professional people. Dr. Hodges and Dr. Ferguson have their own dogs and bearded dragons at home, and recently they’ve embarked on a farming project, too. As of 2021, they are now raising 19 cows of their own.

Kids don’t have to have access to farm animals and exotic pets to follow in their footsteps. While they treat an enormous range of animals, it turns out that domestic dogs can be 1 of their most complex patients, as they’re susceptible to such a wide range of ailments. But the doctors have noted that because so many vets treat dogs, all sorts of approaches have been developed around the world to manage these conditions. So a dog that might have had to be put down a few years ago for something like cognitive dysfunction (doggie Alzheimer’s) can now happily live out its full 15-year lifespan. What a gift to give a family.

Recent developments in technology have also meant that even in rural Georgia, Dr. Ferguson and Dr. Hodges can run their own in-clinic X-Rays, ultrasounds, and blood tests, and gets results within 10 minutes instead of waiting for the big labs to send back results, the way that vets all around the world used to. It’s a job full of hope, excitement and interest… and the opportunity to walk around with a puppy in your pocket, which does not happen nearly enough in most grownup jobs. 10 things to know about the docs 5 reasons to watch Critter Fixers with the kids Drs. Hodges and Ferguson work to save a bunny that has been attacked by the family cat, and then perform an emergency C-section on a bulldog.

Episode 2: Goose On The Loose

Dr. Hodges is in surgery with a dog when an emergency with a newborn baby goat in distress comes to the office. Meanwhile, Dr. Ferguson handles a snake with pneumonia, and then both doctors head out to treat a goose with a broken leg.

Drs. Hodges and Ferguson are busy with a hospital full of patients and taking care of their clients all over rural Georgia, treating everything from alpaca pregnancies and pig hooves.

Drs. Hodges and Ferguson treat a pitbull that needs surgery on its ear; a dehydrated bearded dragon; and an unruly camel.

The doctors are busy with a hospital full of patients. Unusual pets, such as a chinchilla with a severely broken leg, test the docs’ veterinary skills.

Dr. Ferguson and vet tech Jordan treat a cat with an apparent ear infection, and a stray mama cat arrives in labour requiring a c-section. National Geographic Wild (DStv channel 182) is available on DStv Premium, Compact Plus, Compact, Family and Access. To upgrade your existing package, click here. Or if you'd like to Get DStv, find a service that suits your needs here.

Sharkfest spans four weeks this year, with 21 hours of original programming and 60 hours of enhanced content.

More edutainment for kids these school holidays as DStv opens more School of Laughter channels to more packages for a limited time only.

July is legally awesome & out of this world on DStv Premium

DStv Compact Plus is kind, caring and funny this July

Doug Thron is on a mission to save lost dogs, animal whisperer Hettie Richter talks to the animals in Dierepraters and Kenan Thompson is the father of laughter ...

You’ve got competition this July on DStv Compact

From The Great Kenyan Bake Off to Idols S17, to “mom-petition” in local drama series Inconceivable and even a doggy stylist show – you’ll be the judge of great ...

From Ntokozo Ngcobo’s queenly Ibanathi in Ifalakhe, to Thor himself tackling shark week, and America’s most delightful vets the Critter Fixers, DStv Access is...