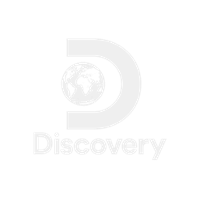 So many of the best things about childhood seem to vanish when you become a grown-up and nobody asks you to name your favourite dinosaur anymore. But this July, DStv is airing a host of shows featuring grown-ups who’re climbing mountains, studying glaciers, swimming with sharks, digging up dinosaurs, beating swords out of flaming metal and thinking about how gross the past was all day long. They’re basically living out our childhood fantasies and with TV, we get to join them for the best parts of it. The Discovery Channel’s (DStv 121) brand-new show, Dino Hunters, combines two awesome things – cowboys and dinosaurs – to create one incredible show. The series focuses on ranchers in the United States who’ve become fossil-hunting pros as they scour the Badlands of Wyoming, Montana and the Dakotas, uncovering dinosaur specimens – some of which could even be of previously unknown species. A good haul in fossil hunting season could help to pay their children’s school fees, or even save the family ranch. But it means months of painstaking, backbreaking work in scorching heat for an uncertain payoff at fossil auctions, where private bidders compete with museums and universities to secure the best specimens.

While the cowboys transport their carefully dug-up specimens to professional fossil preparation experts to do the delicate work of finding the best presentation for their finds, Dino Hunters uses 3D modelling and Computer-Generated Imagery (CGI) to simulate an X-ray visualisations of the fossil. From there, they use the computer models to show what the dinosaurs might have looked like in real life, how they moved, and how they hunted or foraged. Many of the fossil finds shown in Dino Hunters are adding startling new evidence to our understanding of dinosaurs.

Rancher and cowboy Clayton Phipps’ discovery nicknamed “Duelling Dinosaurs” is considered one of the finest fossil specimens on record. It shows two dinosaurs who died together in the middle of a battle. A juvenile T-Rex (or possibly a dwarf species of tyrannosaur) or therapod about the size of a polar bear was in the middle of attacking an elephant-sized ceratopsian, possibly a triceratops (possibly even a new species), when they were both frozen in time. Their bodies were preserved down to the skin, with two therapod teeth found broken off in the throat and pelvis of the ceratopsian. Clayton speculates that the ceratopsian was on its last legs from the battle when it kicked the therapod with one of its back legs, splitting the therapod’s skull and stunning or killing it. In falling, one of the animals took down a sandbank above the battle site, burying them both instantly. “It’s exquisite. It’s one of the more beautiful fossils found in North America, ever,” says Kirk Johnson, director of the Smithsonian’s National Museum of Natural History. Love for the game

Dino Hunters digs into the thorny legal battles raging over ownership of fossils and the ethics of selling to private collectors, which means that any discoveries that could be made from the fossil are lost to science.

But it also uncovers a priceless treasure: the passion and incredible depth of knowledge that amateurs in the field can bring to palaeontology, and a look at how far you can go and how much you can know in a field without a scientific degree. Clayton and his fellow dino hunters, including his 12-year-old son Luke, and father-and-son cowboy team Mike and Jake Harris, show how families can pass on a love for science along with fossil hunting skills and knowledge. Aaron Bolan of Wyoming grew up digging for fossils on his uncle’s ranch and went on to study to be a homicide detective. Now he’s back on the land using his forensic education to study his fossil finds.

They all share a lifelong passion for science and storytelling. Dino Hunters allows them to express their wonder at their fossil discoveries, and showcases their ability to look back across the vast gulf of time to imagine their ranch lands as they must have been when they were covered in herds of grazing dinosaurs, stalked by fierce predators. July is SharkFest month on National Geographic – which is great news for South African nature lovers of all ages as so much research is carried out in our waters. South African-based shark expert and marine biologist Ryan Johnson has swum without a cage as a great white shark attacked and ate a seal in front of him – which you can see in his doccie Shark vs Whale. His life’s work is dedicated to following sharks around, trying to figure out how they think and survive.

“South Africa has been everything to me. You can have adventures here with animals that you can’t have anywhere else in the world,” he says. “There’s a lot of careers that give you a chance to work with sharks and big animals that aren’t necessarily academic – from research technicians, to eco-tourism operators – so there’s a lot of avenues. The way I got into this was spending 14 years at university studying. If you get into science and you want to be an academic, that’s the kind of commitment it takes.”

The shows during SharkFest highlight the work of scientists – like shark suit inventor Jeremiah Sullivan, and shark scientist Dr Michael Heithaus, who studies why sharks are attracted to volcanos – who’re getting in the water to understand what sharks are really thinking. TV dramas tend to show scientists behaving like soft and squishy white coat-wearing mice who couldn't survive in the wild. National Geographic’s Everest specials tell a different story. Here are scientists – male and female – strong enough to climb the tallest mountain in the world, and then carry out their research in the Death Zone instead of just planting a flag and going home. It’s all in a day’s field work.

Glaciologist Tenzing Chogyal Sherpa was part of a multi-disciplinary team of scientists including weather researchers and biologists who climbed Mount Everest last year to gather information from the rocks, ice and dirt, that would show how climate change is affecting the area. “The most intriguing part for me was the interdisciplinary aspect of it. There were so many people from so many different aspects of science. Everyone has their own exciting story to tell. If you’re looking at a rock, it’s telling a geologist one story, and a biologist has a different story, so that was what I really liked. The same glacier could be seen from different points of view and tell different kinds of stories,” says Tenzing.

Like Dino Hunters’ cowboys, Everest’s scientists are deeply fascinated by the stories that the natural world is telling. And they’re hoping that their research will even help them to accurately predict the future. Blade making is a blend of art and hands-on science. On reality show Forged In Fire, that’s paired with a passion for history as many of the challenges involve making and understanding historical weapons.

Forged In Fire contestants have to prove plenty of expertise before even stepping onto the set. According to former contestant Gabriel Mabry, he had to answer a questionnaire to test his knowledge of metallurgy, while another contestant, Dustin Parrella, reveals that aside from a lengthy interview process, he had to take photos of his process while he forged a blade according to the audition spec.

This season, previous champions will be returning to compete against one another in a series of technical challenges. The two who make it to the top in each episode will face off against one of the show’s judges in the final round. They’re not just sweating from the heat of the forge. Here’s who they’ll be up against:

J Neilson: J taught both Forged In Fire host Will Willis and his fellow judge Doug Marcaida how to craft weapons sometime after S3. While they were both weapons experts and enthusiasts, neither had any blade-making experience coming onto the show. J is a Mastersmith (an official rank that he achieved in 2008) with over to 20 years of experience.

David Baker: David is a self-taught Hollywood prop maker who’s made museum-quality weapon replicas. In his spare time, he researches forging techniques and visits museums to study original historic weapons in every detail. As a prop maker, he’s often had a 24-hour turnaround time on making a weapon, where the show’s contestants are generally given 5 days. He’s the one who runs the tests of the challenges before each season to make sure that they’re actually achievable by the contestants.

Ben Abbott: Ben is one of the judges to fear in a face-off. He won Forged In Fire twice himself as a contestant before stepping up to become a judge. He’s been a metalworker since he was 13 years old. Off the show, Ben works at Caltech (The California Institute of Technology) as an electronics engineer on projects like LIGO (The Laser Interferometer Gravitational-Wave Observatory). Ew, gross! Give us more

A new season of Horrible Histories is kicking off with two specials on the First World War and Ridiculous Romances through time. They’ll be crammed with nasty facts, silly re-enactments and, as always, a special song. Co-host and puppet Rattus Rattus will be back with a rat’s eye view of history – so useful for understanding WW1 life in the trenches.

This is a series where parents can learn along with their kids thanks to the work of the series’ historical consultant, Greg Jenner who, along with his team of researchers, spends quite a lot of time agonising over the balance between fun and accuracy on the show. “I’m always, first of all, a historian, which means that you’ve got to make sure the accuracy is there, the rigour is there, that you’re representing the complexity of the debate,” says Greg. As a lecturer, he’s now starting to teach students who grew up watching Horrible Histories themselves. “They were 10 when it came out, and now they’re 18, 19, 20.” Greg now sees “an entire lecture hall full of young history students who’ve decided to pursue history as a subject, who’ve taken out a loan, hoping that this is going to be something that gives them great joy and career prospects.” He considers his role in that to be his crowning glory. “The fact that Horrible Histories is part of that conversation for them, to me is the greatest achievement,” he says proudly.

How to enjoy fun science with DStv online