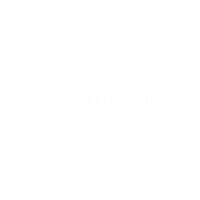 From cold to solved: DNA gives police a second chance There is no such thing as the perfect crime. No matter what, there is always a trail of evidence that leads back to you, be it a strand of wool from your favourite onesie or an SMS notification from your bank. There is just no escaping the evidence, as we find out in documentary Evidence of Evil S3, Sundays from 6 September on CBS Justice (DStv 170) at 22:00.

In the past, getting away with murder would’ve been relatively easy. All the bad guy had to do was make sure that he didn’t get caught in the act and he was home free. What would be left is a cold, dead body and an even colder case. Thanks to science, though, police have been able to use modern techniques and technology to solve cases long gone cold. Years or even decades after a body was found, no blood-spattered stone is being left unturned, thanks to the forensic detectives on Evidence of Evil.

This season, we get to see criminals almost having gotten away with murder due to the technological limitations of the time. One case that will come up is the investigation into the disappearance of 19-year-old Brianna Denison. Her roommate reported to authorities that Briana was missing and that only a blood stain was found on her bed. Detectives were left stumped with how little evidence there was available to go on. The blood stain and an unknown handprint on the backdoor were all police could find. Brianna’s corpse was found 3 weeks later, with another pair of underwear hidden under it. “I remember going places with my mom and everyone would just hug us and say how sorry they were for our loss. I remember not knowing how to act,” recalls Brighton Denison, Brianna’s younger brother. After months of investigating, police received a breakthrough via a tip-off that led to the arrest of James Biela. His girlfriend provided a DNA sample from their child, which then linked Biela to the evidence from the underwear and Denison’s backdoor. Two years later, Biela was convicted and the power of DNA testing prevailed once again.

S3’s case of Angela Kleinsorge is another example of how technology has helped bring justice and comfort to the family members of victims. Angela, an 84-year-old woman from San Diego, California, was raped and murdered by a suspect in 1992. Police exhausted all resources to try catch the perpetrator but came up emptyhanded. Until 25 years later, when DNA testing helped find the suspect. According to investigators, the killer was her neighbour, Jeffery Falls, who lived across the street from Angela. “To learn that it had been a neighbour – it was just horrifying to us,” revealed Hedy Kleinsorge, the victim’s daughter. What makes the case even more astonishing is that Falls was killed before he could be convicted – in a bike crash in 2006. But because his brother decided to participate in a DNA testing procedure to look for family members, detectives were able to focus on him as the prime suspect when widening their range of suspects through this process. The test revealed to police that the brother had a family member who was a convicted offender and was most likely Angela’s attacker and murderer. After tissue samples from Falls was given to police to test his DNA, they found that it matched a sample collected at the crime scene and identified him as the killer.

Both cases would still be sitting on a shelf in a case file room, gathering dust and silent curses from the overseeing detectives had the forensic scientists and specialists not made breakthroughs in how cases can be looked at and solved. If you have ever considered yourself to be an armchair detective, it would be criminal not to watch this show.