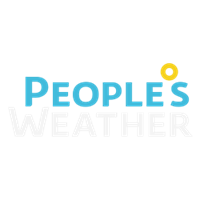 You’ve got weather apps on your smartphones and smartwatches, and search engines will tell you whether it’ll be rain, hail, sunshine or more blowing your way for the next week. But have you ever stopped to ask yourself: What is weather? DStv has you covered with People’sWeather (DStv 180), South Africa’s only 24/7 weather and environmental lifestyle channel.

But it’s so much more than just an atmospheric forecaster. It’s an educational tool, too, teaching viewers more, literally, about the world around you.

Like Dr. Ryan Blumenthal. He’s a specialist forensic pathologist, but rather than crime scenes, he studies Mother Nature in his show, Lightning Pathologist, from Monday, 9 November on People’sWeather (DStv 180) at 18:00. Specifically lightning, from the power generated in the skies, to the deadly devastation an electrical storm can cause. “South Africa has the second-highest number of casualties in lightning deaths per capita after India,” says Dr. Ryan. “Lightning deaths are preventable. Remember: When thunder roars, go indoors!”

Each episode of Lightning Pathologist sees Dr. Ryan investigate a new and different aspect of lightning bolts, as well as some of the stranger stories that he’s heard about the phenomenon.

“People don’t know a lot about lightning. It’s loud and scary. But there’s so much more that they don’t know. I have long wanted to share the St. Katherine's lightning story, a tragedy which happened in 1994 in Modimolle in the Northern Province. It involved 26 children aged 10 and 11, 2 adults and 7 dogs, camping near the end of a week-long school trip. Tragically, lightning struck their tent, and four girls and four dogs died. Telling this story on Lightning Pathologist has been a highly personal and emotional moment for me,” says Dr. Ryan, who has been nicknamed “the lightning pathologist” because of his work trying to understand the inner-workings of the weather phenomenon.

Lightning Pathologist is more than just a show about bolts of electricity across the sky. It makes sciences and technology available to viewers young and old, as well as expert scientific knowledge thanks to Dr. Ryan’s approach. He unpacks the info in bite-sized pieces, while using terms that everyone can understand. And he covers everything from how lightning is formed and why it strikes specific targets, to why some people can survive being struck and why some don’t.

“The mystery, chemistry and sheer power of lightning have enthralled mankind since the beginning of time. Nothing intrigues more than its near-supernatural power to strike a person, a tree, an animal in nano-seconds. Warning: this eight-part series is addictive,” says Stephan Le Roux, CEO of the People’sWeather channel.

It’s not just the destructive power of Nature that will captivate audiences on People’sWeather; there are loads of shows focussing on flora and fauna too, like Safari Sightings, Mondays to Thursdays on People’sWeather from 12 October at 18:00.

The reality series follows a team of game rangers at South Africa’s famous Big Five lodge MalaMala Game Reserve as they give a once-in-a-lifetime tour to Nadav Ossendryver. Nadav is the CEO and founder of the Latest Sightings app, which allows travellers in the Kruger National Park to share photos and videos of wildlife in real time.

“We think audiences are going to love the intense, sometimes wacky interaction between Nadav and the rangers, and experience the thrill of extraordinary sightings, learn about the landscape and wildlife, and hold their breath when they get themselves into a few hair-raising scrapes involving leopards, lions, and an altercation with a puffadder!” says Stephan.

Watch Safari Sightings, Mondays-Thursdays on People’sWeather (DStv 180) at 18:00 until Thursday 5 November, and Lightning Pathologist from Monday, 9 November at 18:00

How to stream DStv online

Sign up with the DStv streaming app, a free service for all DStv subscribers. With the DStv app, the same channels you watch on your decoder at home are available for you to stream online and to your device.