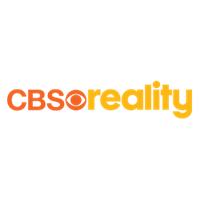 How do you raise a real-life Young Sheldon? If you’re a fan of comedy series Young Sheldon – which takes a look at what pedantic theoretical physicist and nightmare flatmate Sheldon Cooper (Jim Parsons) from The Big Bang Theory was like as a tween prodigy – you’re in for a treat from Saturday, 20 June to Monday 22 June. Following the Young Sheldon S3 finale on Saturday, 20 June on M-Net (DStv 101) at 18:30, the entire season will be up for binge watching. Binge the first part on Sunday, 21 June between 13:20 and 15:00, and the second part on Monday, 22 June between 06:00 and 13:50. And if you’re sitting there watching Young Sheldon, and wondering what it’s really like to raise a child who’s so much smarter than you in real life, be sure to catch the CBS Reality (DStv 132) documentary My Kid’s Smarter Than Me on Sunday, 21 June at 19:30. This one-hour special focuses on how parents and families of four child geniuses aged between 3 and 15 years old, are meeting the challenges of raising them. ...and other medical marvels

My Kid’s Smart Than Me is part of CBS Reality’s (DStv 132) slate of vintage medical reality specials that’ll give you something to think about in late June. Here’s what else is coming your way. Dramatic weight loss from a state of super-morbid obesity back down to a healthy weight (whether through lifestyle change or surgery, which also includes lifestyle change) saves lives and radically changes them for the better, but it presents its own challenges. This documentary follows couple Sarah and Chris as they undergo post-bariatric surgery to remove the wrinkled remains of their formerly fat selves. The body sculpting process is painful and difficult but avoids the medical complications that can come with living with loose skin folds. This compassionate Irish documentary features patients living with Epilepsy, Motor Neurone Disease, Alzheimer’s Disease and Parkinson’s Disease. Their conditions are degenerative or incurable but they’re willing to take part in testing and surgery help researchers work on developing cures and new treatments for fellow sufferers. In the meantime, the show looks at how they live and work with their families and friends. We’re all joking about our lives under Lockdown, but some people with mental issues have been living trapped indoors by their own brains for years. This documentary breaks down the daily emotional and practical struggle that people with agoraphobia face. Forensic psychiatrist Dr Keith Ablow guides us through what’s happening in the minds of two patients as they battle the condition daily, including how they deal with being not being able to leave home even to shop. And possible treatments are discussed.

How to watch all these shows online

In this interview, the famous surgeon reveals his new techniques and critiques three dodgy new trends.