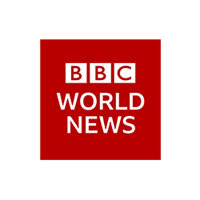 August is Women’s Month and on the African continent, award-winning Sudan-born journalist Zeinab Badawi (presenter of HARDTalk) is taking on the challenge of painting an insider’s portrait of the continent in History of Africa S2. We’ll now see the second half of the season, in which Zeinab highlights not only slavery and the aftermath, but the intriguing story of how one Congolese queen fought off a quarter century of colonial invasion. Zeinab has deep ties to the empowerment of women in Africa. Her grandfather, Sheik Babikr Bedri, championed women’s education in the Sudan and founded the school that went on to become the al-Afhad University for Women.

Zeinab intends to help tell Africa’s story through African mouths as she interviews local experts across the continent to expose a vast, rich series of tales of kingdoms and rebellions and independence struggles. It’s time to bust those stereotypes and educate the children.

“For too long, Africa’s history has been maligned, misrepresented and misunderstood, but with these new episodes we hope audiences across the world can enjoy an in-depth exploration of African history, as told by Africans. In the first series of History of Africa, we went all the way back to the origins of humankind and concluded with the early spread of Islam throughout Africa. The second series will continue the journey, right up to the modern day,” says Zeinab.

The scope of the series is dramatic. This season covers events from the 8th to the 20th centuries. South Africa and Zimbabwe, in particular, come into focus during episode 9 when Zeinab examines how colonialism’s abuses impacted existing local populations. Here is a taste of the breath-taking stories to come:

How to watch The History Of Africa S2 online

The series has its roots in UNESCO’s (United Nations Educational, Scientific and Cultural Organisation) long-running General History Of Africa project.

M-Net brings Black is King, A Film by Beyoncé, to Africa on 1 August

On that night, M-Net will also be available to Dstv Compact Plus, Compact, Family and Access viewers!

At the recent Lion King premiere in Johannesburg, celebrated actor John Kani, who voices the character of Rafiki in the new film, shared a strong message to...