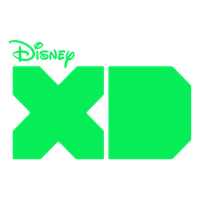 What goes into creating a hit animated show? Did you know that it takes up to 18 months to create a single episode of Disney’s DuckTales? Whoah! From story ideas through to final animation, it’s a long journey to bring the cartoon to life. Want to know more?

What surprised you the most about the fan response to the first series of DuckTales?

Matt: For me, I think some of the best responses have come from fans of the original series from the ‘80s who now have children. It’s been great to hear about how the show has become an opportunity for the whole family to watch together. It’s also really satisfying to hear that the young fans are just as excited – or even more excited – than the fans who grew up with the ‘80s show.

Francisco: It’s really satisfying to know that people enjoy what we’ve created. We took a lot of chances with the show, but people believe in the show and they are excited for more. That’s great to hear.

Can you talk about the chances you took during the first season?

Francisco: We took chances in terms of the characterisations on Huey, Dewey, Louie and Webby. We also took chances on the types of adventures that we were going on with these characters. It’s really gratifying to hear a kid say, “I’m a Louie and my brother’s a Dewey, but my friend is a Webby.” That’s music to our ears.

You must be thrilled…

Do you still get a kick out of writing for Donald and these iconic Disney characters?

Francisco: Definitely. You always feel a charge of electricity whenever you get to write “Bless Me Bagpipes” into a script, although that’s become a little bit of a crutch. One of my favorite things is to have someone else say a different character’s catchphrase. For example, in season one we had Scrooge say, “Ah, sweet.” We also had Louie saying, “Oh, boy!” It is truly the greatest joy of DuckTales any time you find a new way to have Dewey insert his name into a sentence. That’s tons of fun for me.

What else thrills you about the writing of the show?

Francisco: I still get a charge from writing scenes in the interior of Scrooge McDuck’s money bin.

The Road to Ducktales

Step one: The idea

DuckTales is Disney’s dynamite new show that follows the high-flying adventures of Duckburg’s most famous trillionaire, Scrooge McDuck. The dapper Scottish duck has a trio of mischief-making triplet grand-nephews trailing his every move: Huey, Dewey and Louie. And let’s not forget about Scrooge’s world-famous nephew, Donald Duck. Donald is a huge part of the animated action, too!

Who’s in charge of creating DuckTales? The show’s executive producer, Matt Youngberg, and story editor and co-producer, Francisco Angones, lead a talented team of artists, writers and voice actors. “We couldn’t be more thrilled to be bringing DuckTales to audiences around the world,” explains Matt. “It’s a dream come true because we’re both life-long DuckTales fans.”

“At the beginning of the season, we have to come up with a general idea for the show’s main storylines,” reveals Francisco Angones. “That’s our first major step in the production process. What are the big stories we want to tell this season? Where do we want to focus the story? At this stage, we create a loose template for 25 episodes. It all starts there!”

“We want each episode to feel fresh and new, so we spend a lot of time on the story,” adds Matt Youngberg. “We’ll sit down together with our team of writers and we’ll figure out what each episode is going to be about. We brainstorm together and throw around interesting, fun ideas and situations – and then the writers go off to write an episode. Usually, it’s one writer who goes off to tackle an episode – but we all come together to look at it once it’s finished. We want to make sure we can’t add anything else to make it even better.”

“As soon as a script is completed, we try to record the voice of every character in the episode,” continues Francisco Angones. “We have a huge main cast and the actors' schedules can sometimes be tricky to nail down for voice records, but we try to get everyone in for a recording session with each script as soon as it’s written. Our goal is to get as many people as possible at this stage, so that the animators can incorporate the actors’ performance into the storyboards.”

“The storyboards are a sequence of drawings that display the story of an episode,” reveals Matt Youngberg. “It usually takes a little over a month to create the storyboard for a single episode. After that, it takes another month to refine it, which is when we do the animatics. We want to make sure that the story works and the jokes are funny before we commit to fully animating an episode, which is why we do these rough animations – or animatics – first.”

“After the storyboards are completed, we then go into final design,” continues Matt Youngberg. “At this stage, we design all of the assets that we need for the episode. We have to create everything you see in the show. That includes all the buildings, vehicles, characters and backgrounds that we explore in our high-flying adventures.”

“A lot of time and effort goes into the design of the characters in DuckTales,” admits Matt Youngberg. “For example, Donald Duck has been around for many, many years. He was around way before we were born and he will be around long after we’ve gone – but we wanted to make sure we created a design that was fun and exciting for this new show. For inspiration, we looked at the DuckTales comics written by Carl Barks. We also looked at the DuckTales cartoon from the 1980s and the rich history of Disney.”

“As soon as everything is designed, we’ll start to animate,” continues Matt Youngberg. “The animation stage is one of the longest parts of the process. It takes months. While this is happening, we work on the other stages of production. We’re figuring out new stories for other episodes and we’re also keeping an eye on the progress of everything to make sure it’s finished on time.”

“As soon as the animation is complete, we’ll take a long look at the episode to make sure everything works exactly as planned,” reveals Francisco Angones. “We edit the animation. We add sound effects and music. This is the stage where we polish the story and make sure it runs smoothly. Once this stage is completed, we have a fun new episode of DuckTales.” Quackers!

Zombies 2 is heading for the Disney Channel!

DStv is making ‘School at Home’ possible during the nationwide lockdown.