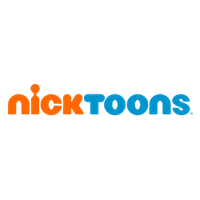 Tough day or just having a bout of that crazy energy? Shake it off and shake things up with brand-new music variety show NickMusic. As well as counting down the coolest tunes topping music charts both locally and internationally, NickMusic presents fun and interactive games that kids and parents can enjoy together.

Each 30-minute episode includes 5-6 A-list, Top 10 music videos. It’s all the freshest music but family friendly, too. You could dance along to the likes of Costa Titch’s Areyeng, DJ Stokie’s Superman, or Omah Lay’s Lo Lo.

“After school will never be the same again,” says host Lerai Rakoditsoe. The 18-year-old newcomer is making history as the first African to join youth channel NickToons (DStv channel 308). “Whether you’re young or old, NickMusic is the place to be! So, Mom, Dad and kids, put on your dancing shoes, it’s going to be 30 minutes of laughter and pure delight,” adds Lerai, who spoke to us about her first television hosting gig and her social development project.

You could join the party, too! Send your dance videos using #NickMusicMoves – and you could see yourself on NickMusic. I’m the face of NickTunes!

Lerai explains that due to the pandemic, her audition process was different, and it pushed her out of her comfort zone. “Usually, when I attend castings, I stand in long queues and wait even longer for feedback. But because of COVID-19, I sent an audition tape and forgot that I’d auditioned – as people usually do after castings,” explains Lerai, adding that she was surprised when she received a call-back days after to audition at the channel’s building. “I won’t lie, it was nerve-wracking auditioning without an audience watching for me to feed off their energy. When I arrived at the studio, there was a single camera, where I was told to recite my lines. I was uncertain about the outcome. A day later, I received a call from the producer saying, ‘Hi Lerai. Do you want the job?’ Needless to say, I was over the moon.”

“I’ve always thought that only really special and amazing people make history. Nelson Mandela, Serena Williams, Oprah, Miriam Makeba, Trevor Noah – those people have made history. We live in a world where firsts are very rare. It’s 2021, everything has been done before or invented already, so to be the first in my continent – the continent that houses the world’s youngest population and has the most opportunity for growth and innovation in the world – is amazing. I must admit, it’s also a huge responsibility. I have so many young people watching me, and I have to be cognisant of what that stands for and what it brings.”

When it comes to hosting NickMusic, preparation is key. In each episode, between the countdown, there’s a “Did you know?” segment, in which Lerai shares information about a musician or the music video, which means that she needs to memorise all the facts and details for that. “The night before filming is crucial,” says Lerai. “I stand in front of my mirror and I learn my lines to the T. Because it was my first time hosting a television show, I visited the [Viacom] studios 2 days before we started filming NickMusic for orientation. I was eager to familiarise myself with my new working environment.”

What helped Lerai to get comfortable in front of the camera was watching the Culture Squad, who’re the new MTV Base presenters who host their own shows. “It made me feel at ease watching them from behind the scenes. In the short space of time that I’ve been hosting NickMusic, I’ve learnt a great deal. What I like about working for Viacom is that everything is done in-house. After filming, I sit with the editors and watch them cut and chop scenes. When I’m aware of what the editors are looking for, I know how to deliver my lines in future. I enjoy learning and understanding the production process,” explains Lerai.

A girl on the move

Although new episodes of NickToons air daily, all 5 episodes for the week are filmed in the course of a single day. “I must admit, it gets tiring. I ensure that I have my breakfast and that I’m in top shape to stay focused. Sometimes, I just bring my bowl oats on the run. When I get to the set, I go to wardrobe, change my outfit, retouch makeup and repeat – 5 times. It’s a lot. I get home exhausted. I wash my make off, I get into bed and sleep. Nothing else matters,” reveals Lerai.

“None of it ever feels like it’s taking up too much of my time. We all have 24 hours in a day and 7 days in a week, that’s more than enough time to get things done. My trick is that I always try and achieve one key milestone a week. I guess it’s all about managing my time well and making sure that I stay organised.”

Lerai is passionate about driving change within society. Besides hosting NickMusic, she’s an executive at Girl Up, a leadership and youth development organisation in the United Nations Foundation. “I aspire to be a strong female voice in Africa who addresses issues amongst the youth, as well as working towards the empowerment of women. I look up to actresses such as Nomzamo Mbatha, Meghan Markle and Yara Shahidi. They’ve gone beyond being in the public eye, and they are now advocating for social change. I too want to have a positive impact in the world,” says Lerai.

NB! NickToons (DStv channel 308) is available on DStv Premium, Compact Plus, Compact and Family. To get DStv or to upgrade your package, click here.