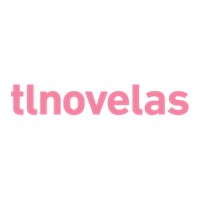 tlnovelas (DStv 133) continues to deliver the biggest stars and the biggest stories as we wrap up 2020. Their latest Mexican telenovela Abyss of Passion’s complicated love story is based on Caridad Bravo Adams's 1959 novels, Una Sombra Entre Los Dos and Al Pie Del Altar. In the tale, a fatal car crash has everyone leaping to conclusions about a sordid affair between the victims, Estefanía Bouvier de Castañón (Ludwika Paleta) and Rosendo Arango (César Évora).

As a result, Estefanía’s daughter Elisa (Angelique Boyer) becomes the town scapegoat, including to her now-widowed father, Augusto (Alejandro Camacho). Her sweet childhood love with Rosendo’s son, Damian (David Zepeda), becomes utterly forbidden. But despite the scandal, her other childhood friend, Gael (Mark Tacher), falls hopelessly in love with her. And Elisa’s childhood best friend, Paloma (Livia Brito), granddaughter of the town “witch”, Ramona (Raquel Olmedo), has hearts in her eyes for Gael.

The real sidepiece is secretly Estefanía’s sister, Carmina Bouvier de Castañón (Sabine Moussier), who’s been planning to run away with Rosendo the night of the accident. With Rosendo dead, and Carmina pregnant, she turns her attention to Augusto, and soon seduces him, too, becoming Elisa’s wicked stepmother. And let nobody think that Rosendo was a saint. One of Elisa’s little friends is his child out of wedlock, while another of Elisa’s friends is secretly the child of the town gangster.

Every episode adds further complications to Elisa, Damian, Gael and Paloma’s lives, especially after Augusto threatens to murder Damian if he and Elisa continue their romance when Damian comes back to town all grown up. To save the man she loves, Elisa agrees to marry Gael, even though it will shatter her beloved friend Paloma’s heart. Yeesh! Bold, outgoing Elisa is the first to want to befriend Paloma, even though Gael throws mud at her to scare her away. She and Paloma become so close that they’re more like sisters than friends. Elisa is willing to make great sacrifices for love.

French-born Mexican actress Angelique Monique-Paulette Boyer Rousseau grew up a bit of a child popstar, taking part in music groups like Rabanitos Verdes (Little Green Radishes) and Citricus or C3Q'S – a pop group within the telenovela Rebelde in 2004. These days, apart from her soapie stardom, Angelique is part of an acting supercouple with her love and frequent co-star, Sebastián Rulli. She has 12,8 million followers on Instagram, while he has 10,6 million. Abyss of Passion was her first-ever lead role. After his mother sends him abroad to study to keep him away from Elisa, Damian returns all grown up with his Italian fiancée, Florencia Landucci (Altair Jarabo), in tow. But his love for Elisa bursts back into flame all too soon. And once he has Elisa in his sights, fool for love Damian treats Florencia poorly, ignoring her and breaking her heart. Luckily Florencia is a forgiving soul who believes in true love.

This Mexican actor, model and singer was the runner-up in the 2000 Manhunt International Pageant. Before he became a telenovela heartthrob, 29-year-old David had guest roles in The Shield, American Family, Buffy The Vampire Slayer and Boston Public – all in 1 year, 2002. His big telenovela breakthrough came in 2007, when he played the lead role, in Acorralada. He won awards for his role as the lead villain Bruno in Sortilegio in 2009, and David Won a TVyNovelas Best Lead Actor award for his role as Damian. Gael was raised by Padre Guadalupe "Lupe" Mondragon (Rene Casados), the brother of Damian's mother, Alfonsina. His mother, Ingrid Navarro (Isabella Camil), abandoned him when he was a baby. Poor Gael, it’s a thankless role to be the man thirsting after a woman who’s in love with your ex-best friend.

Model, actor and musician Mark started out as a TV host for the Nintendomanía kids show in 1996, when he was 19 years old. His first telenovela lead role came in 2005 when he played Salvador in Mujer Con Pantalones. Since then, he’s had lead roles in 10 other telenovelas. Mark’s big brother, Alan, is famous as the host of Mexican morning TV show Despierta América. Poor Paloma grew up as something of an outcast, raised by her grandmother who was seen by many as the local witch. Her heart belongs to Gael, though he doesn’t seem to have noticed that, thanks to his obsession with Elisa.

Cuban actress and model Livia, whose family moved to Mexico when she was 13, had her breakthrough role in the recurring part of Fernanda in the 2010 telenovela Triunfo Del Amor (The Triumph of Love), which also starred Mark Tacher in one of the lead roles. She won the TVyNovelas Best Young Lead Actress for playing Fernanda, and again for playing Paloma in Abyss of Passion. Alfonsina’s lover Gabino is a greasy gangster who wants to take over the local crime organisation, Grupo La Anita. He’s not afraid to get his hands dirty, whether he’s burying people alive, raping, or burning down shops. Beware of Gabino, the man has a snake up his sleeve!

Mexican actor Salvador has been playing the bad guy you love to hate ever since his telenovela debit role as Ramiro Vargas "El Ratas" in La Reina Del Sur (Queen of The South) in 2011. Behind the scenes, Salvador had a brief relationship with his Abyss of Passion co-star, Livia Brito. Every time Carmina has an evil thought, she adds another layer of eyeliner… we’re guessing. It’s an intense look. This social-climbing schemer holds a particular hatred for Elisa, though, blaming her for the death of her baby after she suffers a fall while trying to slap Elisa. At one point, she even plots to have Florencia's playboy uncle, Paolo Landucci (Sergio Mayer), rape Elisa.

The German-born Mexican actress launched her career hosting music show Al Ritmo De La Noche in 1997. Her breakthrough role was as the heroine, Lorenza, in telenovela El Privilegio De Amar, for which she won the 1999 TVyNovelas Awards for Best New Actress. But she really found her calling in 2002 when she landed the role of the lead scheming villain, Frida, in telenovela Entre El Amor Y El Odio. We love a bad girl! Download the free DStv app. It’s no extra cost for DStv subscribers! With DStv, the same channels you watch on your decoder at home are available for you to stream online, or using the DStv app on your phone.