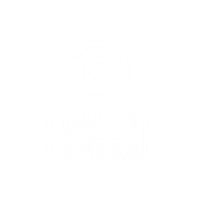 Fans of ’90s sitcom The Nanny are all too familiar with the words “Flushing, Queens” – it conjures images of big-haired, nasal-voiced, whiney Fran the nanny. But that’s old-school. And it’s not nearly as cool as new comedy series Awkwafina Is Nora From Queens, Saturdays from 12 September on Comedy Central (DStv 122) at 22:30.

It’s a story of life and growth and coming of age in a very fun way, according to series lead Awkwafina (Constance in Ocean’s 8 and Goh Peik Lin in Crazy Rich Asians). “Nora is where a lot of us find ourselves in our 20s,” says Awkwafina, whose real name is Nora Lum.

“What's next? Do you find success and suddenly it fixes everything? No, life is an open-ended question. And that’s what she is trying to find, with a helping hand…” Awkwafina Is Nora From Queens might seem like an odd title for a show, but it’s the simplest way of describing it – because it’s a semi-biographical story about Awkwafina, aka Nora, who grew up in Queens. She really did live with her no-nonsense granny, after her mom died when she was four. “I call her my ‘Grandmafina, she’s like my best friend,” says Awkwafina, who is – like her character – half-Chinese, half-Korean.

It’s more than just another project featuring the star power of popstar Awkwafina. It’s about celebrating being different and knowing that it’s okay to struggle in life and not have the answers to every question that it throws in your path. “I get so much support from my real family and my TV family (her dad is played by BD Wong, from Jurassic Park, and her granny is played by Lori Tan Chinn, Mei Chang in Orange Is The New Black). People see me more now and it’s met with a bit of nervousness because that’s who I am and I don’t know how to handle that interaction,” says Awkwafina. “There’s an unspoken trust (from my granny) that I’m not going to expose too much (Laughs). I watch it with my grandma and my dad, they love it so I’m happy.” While there is some creative licence, Awkwafina says that almost the entire show is based on real-life events not just from her teen years, but from later on in life too. “There are aspects of the TV Nora that are very fluid with who I am today. There’s a sense of not knowing, there’s a sense of not knowing about the future. And then there’s also what it means to be in charge of my growing destiny,” explains Awkwafina. “It’s hard for me to watch the show and gauge how it will be received because I’m so involved in it, that’s my life on the screen. I’m hoping that people watching will be able to relate and that the message gets to them. This is my experience (in life) but it’s common, it’s shared – it’s above ‘just’ Nora from Queens.”

“We don’t see a lot of Asian Americans in the media and we (the cast) are really hoping that this show lets them know it’s okay to go out and do your thing. We’ve kept our energy in the characters. I showed Lori and BD videos of my gran and my dad and they’ve hit them on the head. There’s been this creative trust and freedom (from the production company – and my family) that’s really important. It feels like a family, all the way from the top down to us. We’ve had an incredible team behind us and we’ve had a lot of fun telling this story. Hopefully we’re just getting started, and hopefully our message gets out there,” says Awkwafina.

Watch Awkwafina Is Nora From Queens S1, Saturdays from 12 September on Comedy Central (DStv 122) at 22:30 or on Catch Up

What We Do in the Shadows is “TV’s funniest comedy”

The Emmys are batty over What We Do In The Shadows Season 2, now on Showmax

The Hunger Games’s Josh Hutcherson stars as a janitor saving the world in Future Man.