The first five episodes of Euphoria, the most talked-about teen show of 2019, are now streaming first on Showmax in South Africa, with the last three episodes coming express from the US.

The hit HBO series stars Zendaya (K.C. Undercover, Spider-Man: Homecoming and The Greatest Showman) as a 17-year-old named Rue, who returns home from rehab with no plans to stay clean, and strikes up a friendship with the new girl in town, Jules (trans superstar Hunter Schafer). Euphoria follows their group of high school students as they navigate love and friendships in a world of drugs, sex, trauma and social media.

Here are three reasons to add Euphoria to your watchlist immediately:

1. Everyone is talking about it 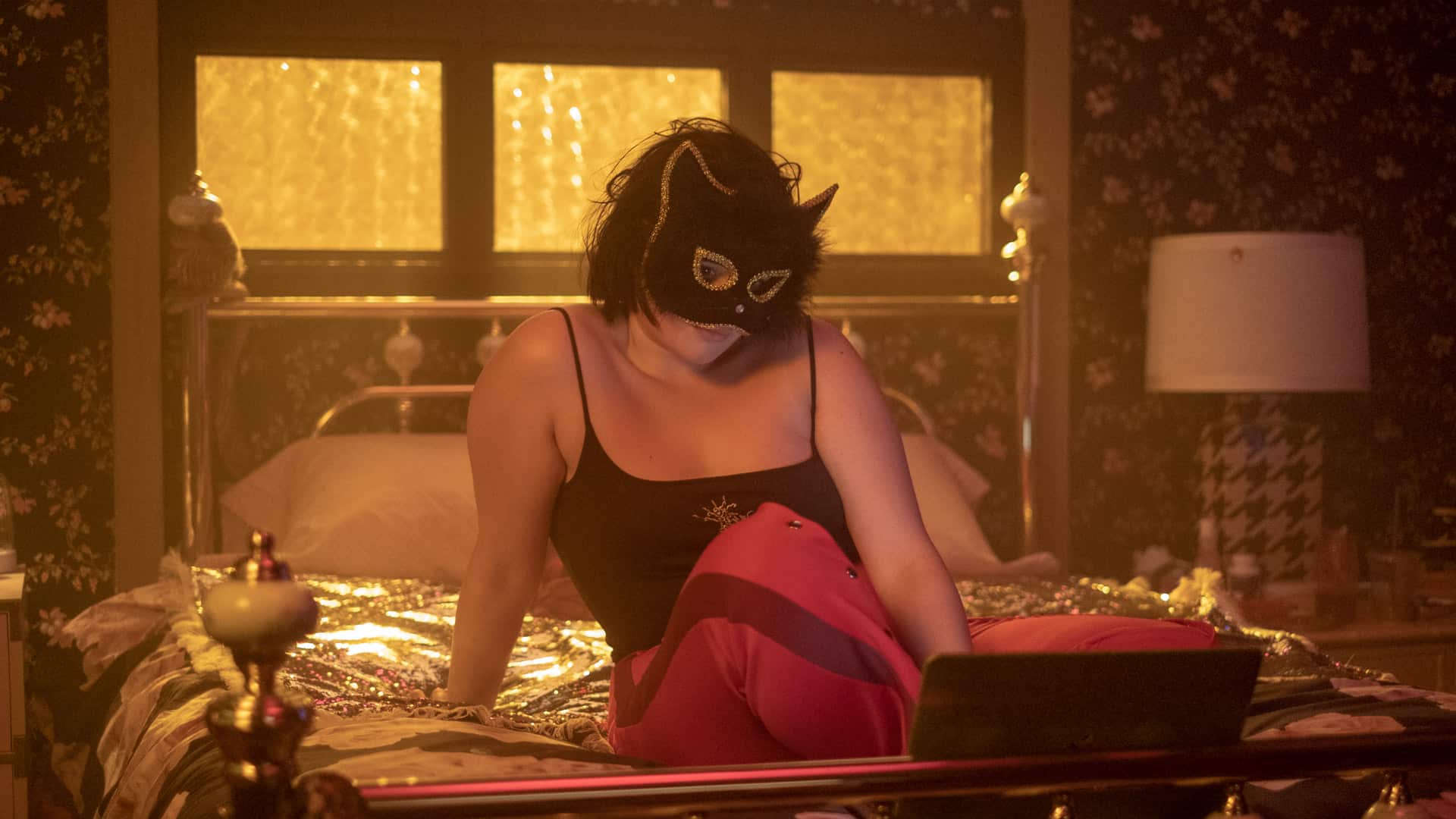 Euphoria is currently at #2 on IMDb’s list of the most popular shows on TV; the premiere delivered over 5.5 million viewers on HBO alone.

Like Kids and Skins before it, the series has parents everywhere shaking their heads in horror and talking about how “the kids are not alright” these days.

As expected for an adults-only teen show where “images of erect penises crop up with the persistence and frequency of weeds in springtime,” to quote The Atlantic, people have strong opinions.

On the one side, The Hollywood Reporter hailed it as “perhaps the most unflinching, not to mention explicit, take on modern adolescence ever to hit U.S. television… Boundary-pushing, real and exceptionally realised.”

On the other side, Parents Television Council president Tim Winter warned that the show “appears to be overtly, intentionally, marketing extremely graphic adult content – sex, violence, profanity and drug use – to teens and preteens.”

Writers Guild of America nominee Sam Levinson (Wizard of Lies) wrote the screenplay based on his own experiences and battles with addiction as a teenager. He also directs five episodes.

“There is an incredible amount of judgment levied against younger people... One of the biggest hurdles for this show is, ‘How do we create empathy for this generation with an older generation?’ – Sam Levinson, screenwriter

Unsurprisingly, he has a different take to Parents Television Council. “It’s a story that follows this group of kids trying to navigate the world today and it’s from their perspective. There is an incredible amount of judgment levied against younger people... One of the biggest hurdles for this show is, ‘How do we create empathy for this generation with an older generation?’”

#2: The performances are amazing, especially Zendaya’s If you skim through IMDB’s Top 100 acting chart, you’ll find four Euphoria cast members featured, with Zendaya at #7, having peaked at #3, Sydney Sweeney (Sharp Objects, The Handmaid’s Tale) at #36, Hunter Schafer at #51, and Maude Apatow (Girls, This Is 40) at #64. And that’s before we mention the likes of Storm Reid (A Wrinkle In Time, When They See Us), Jacob Elordi (The Kissing Booth), Barbie Ferreira (Divorce), Alexa Demie (Ray Donovan), and Eric Dane (Grey’s Anatomy), who you’ll never be able to think of as McSteamy again…

Euphoria is only eligible for the 2020 Emmys, but Zendaya is already being positioned as a contender, with 60% of Gold Derby readers saying she deserves to win and another 30% believing she should be nominated.

As Levinson says about Zendaya’s performance, “What she ultimately brought to it exceeded any expectations I had. It’s really hard to depict a drug addict without an audience feeling judgmental towards that individual because of the choices they’re making and I think she brings a humour and a warmth and a fragility. She’s the beating heart of it; you empathise with her in a way that I could never imagine and she’s not inaccessible. You just want to give her a hug and tell her it’s going to be alright.”

Euphoria has been hailed as “visually stunning” by Entertainment Weekly; “lusciously shot” and “more and more jaw-dropping and gorgeous as it goes on” by TV Guide; and “visually striking throughout, full of moments lit to look both menacing and intoxicating” by Rolling Stone.

“I wanted to do something in television that didn’t rely so heavily on characters talking about all of the things that they’re feeling and doing, because I think one of the key aspects of being young - one of the toughest parts - is not being able to articulate how you feel,” says Levinson.

So when you feel for and with the characters - and you will, intensely - it’s not just because of the actors’ performances, or their dialogue; it’s also because of the expressionistic filmmaking, from the camera movements to the lighting to the edit.

One early example is the rotating room in the first episode to capture Rue’s experience of taking drugs, which was created in-camera rather than during post-production. Watch the scene-breakdown below with Levinson and Zendaya to get a sense of the scale of the filmmakers’ ambition on Euphoria.

Another aspect of filmmaking that’s been widely praised is its treatment of text messaging on screen, which it displays as simple subtitles, keeping the camera focused on the characters’ emotional reactions to the texts rather than the screens themselves.

You shouldn’t need more reasons to binge this already, but we could have added that HBO has just renewed Euphoria for a second season and that Drake is an executive producer.

DStv Premium subscribers get Showmax at no extra cost - just go to the website to sign up. DStv Compact and Compact Plus subscribers can add Showmax to their subscription for just R49pm.