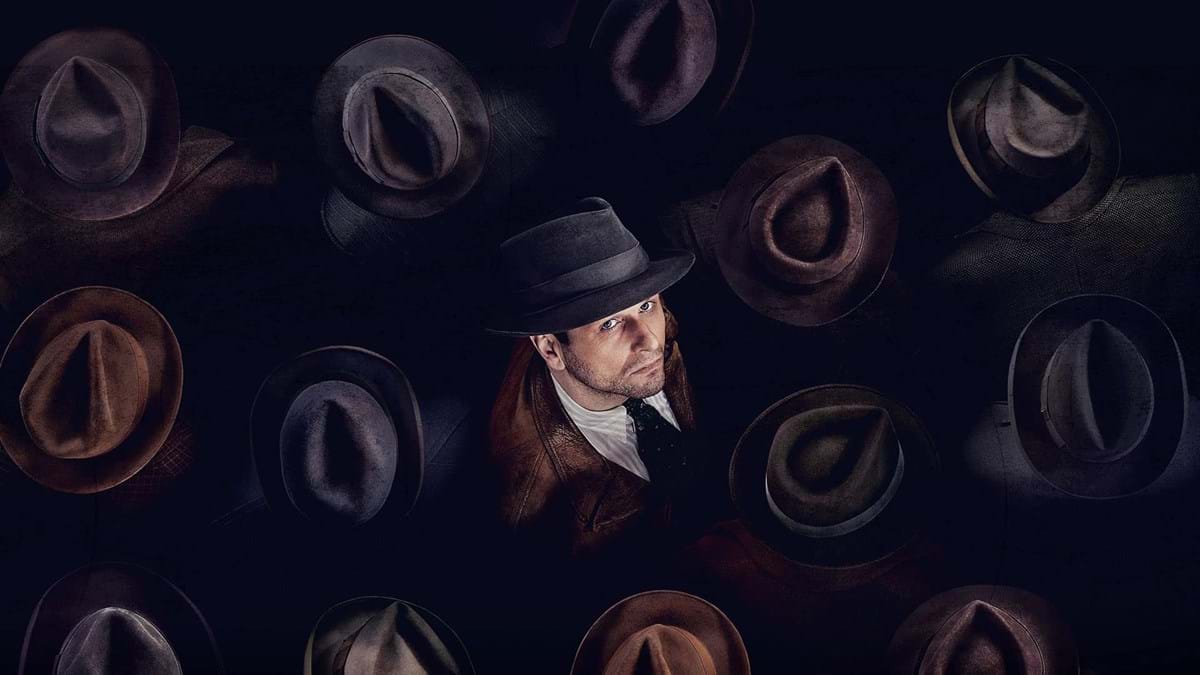 Down-at-heel private investigator Perry Mason (Matthew Rhys) – based on the hero of the detective novels by Erle Stanley Gardner (1933-1973) – will one day become a crusading public defender (lawyer). When we meet him in 1931 Los Angeles at the start of the new noir drama series on M-Net (DStv 101), though, he’s still a long way from being that man. He has a broken marriage, he’s failing as a father, he has a problem with the bottle and a head full of World War I memories and guilt that still have their teeth sunk deep into him in the form of undiagnosed and untreated PTSD.

Perry is on the whiskey and cigarettes for breakfast diet as he skids into the gutter. But a tragic child kidnapping case (based on a real-life kidnapping case from the time) sets him on the path to justice as he finds that he just cannot let go, no matter how many people the case winds up involving, or how powerful and corrupt they are. “He has his one kind of very true guiding north star, which is what’s right, and you have to do what’s right. His ways and means of doing that can be heavily criticised. But if it’s right, then it has to be done. That was a big appeal to me about him,” says Matthew. Perry is a man with little to lose and justice to gain – and he dresses the part. Looking back for the look

Perry’s limp and wrinkled clothes look not only worn in, but slept in… and as if he’s possibly been sick in them. But he has been as carefully and lovingly dressed, with as much attention to detail as if his character had been a king. Everything except for a couple of his ties was custom made.

Series costume designer Emma Potter studied period news photographs to understand what the poor and people on the street were wearing in LA, which was far from the Hollywood movie screen glitz and glamour of the day. “The clothing becomes like a second skin. There’s so much wear and tear and life on the garments. You saw how much life was on them and how much it had worn people away. They aged a lot faster and they were just more weathered,” she says. “When you look at the photography of the Great Depression, there’s this visceral quality to the clothing people are wearing and the facial expressions and the body types, and you can see the discomfort within the garments and the wear and tear of everything and the dust and the heat,” Emma adds. Black-and-white photos and newsreels are no use for guessing appropriate colour palettes, though – for that, Emma turned to contemporary art, particularly watercolours. Matthew contributed to the look by losing weight for the role to make his face look gaunter and like the worn-out faces in Emma’s photographs. It’s expensive to look this cheap

Emma wanted Perry to always give the impression that he’d just rolled out of bed.

After experimenting with a number of vintage jackets during fittings to find the right look, Emma had 7 different versions of Perry’s final leather jacket, created by tailoring firm Himel Brothers during the series – which acts as his outset shell. Each showed progressive wear and tear with loose buttons and cigarette burns, and Emma’s special ageing and dying team got to work making them look lived in.

They had to tailor Perry’s jackets to not fit Matthew quite right. “He’s just going around and scrounging up stuff. So, nothing has to fit him right. Nothing has to make any sense. His clothing might not fit as properly as other people’s garments. It might actually be a bit big for him, but he’s comfortable in it and he can move around in it,” she reveals.

Matthew adds, “That leather jacket may not have possibly been the greatest choice for Los Angeles in the summer. But I wanted to make sure the physical image of Mason related to who he was. I loved in the script that he bought clothes from dead people in the morgue. Remember, it was the Depression. Nothing was tailored. I wanted the jacket a touch too big, the pants too long. All those things I wanted to add to his dishevelment in every way.” If there’s one piece of Perry’s wardrobe that’s set to become iconic, it’s his hat – the brown fedora. Picking out the right hat with Emma was one thing, actually wearing it was another. “I had some strong ideas about what I wanted him to look like, and we both agreed the hat was gonna be very important, so we tried on a lot of hats. I have a big head, as well, so you need a big hat to make a big head look proportionate. I tried on some big hats,” reveals Matthew.

It was just during action scenes that it became a problem. Matthew explains, “There are times when the hat is an absolute saviour because you can take it off, you can use it as a prop, and it affords you all manner of things. And then, there are other times, when you do fight scenes and the hat has to stay on because, at the end of the fight, it was on, so they tape it to your head and it’s still falling off, and you’re like, ‘I hate this hat.’ And then, on other days, you love the hat.” Bishop and Pike are back with a bang season 2 of the action-packed, adrenaline-fuelled hit drama, Bulletproof.

Town & country chic: This is The Pale Horse

Julia Stiles is getting away with murder