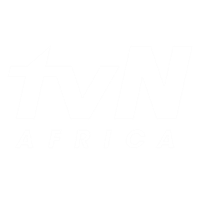 The Fox that rocks! Get into Tale of The Nine Tailed on tvN (DStv channel 134)

In romantic fantasy series Tale of The Nine Tailed, a gumiho (nine-tailed fox) named Lee Yeon abandons his mountain kingdom to search for the reincarnation of his lost true love, Ah-eum. With the mountain unprotected, humans move in and destroy and exploit it, sending Lee Yeon’s half-brother, Lee Rang, on a quest for revenge against mankind, and his errant brother. Meanwhile, a fearless and feisty producing director named Nam Ji-ah catches wind of Lee Yeon’s presence in the city and hunts him down for her show. But what if Yeon’s old love is back in this new woman? “Our drama is a fantasy action romance story of a nine-tailed fox, settled in the city, and a producer who chases after him,” says actress Jo Bo-ah, who plays TV producer Nam Ji-ah. “Because our drama has a heavy fantasy element, there will be a feast for your eyes.”

It’s a fascinating series that brings creatures of Korean mythology directly into contact with modern cities and cultures.

Actor Lee Dong-wook, who plays the title role of the Nine-Tailed Fox character, Lee Yeon, adds, “Since this drama is professed as a fantasy-action-melodrama, all 3 of the genres are adopted inside. The Korean-style fantasy would be a rare experience for the international fans. We hope you can enjoy the appearance of the nine-tailed fox and other mythical creatures from traditional Korean folktales and myths. Do a little homework first, so it will be easier to understand. It will be interesting if a lot of these characters appear.” (We’ve given you a little crash course in the article below).

Still need a reason to tune in? Bo-ah says, “It’s a visual feast of these 2 handsome men (Kim Bum plays Lee Yeon’s half-brother Lee Rang) as nine-tailed foxes. That part is going to be really interesting.”

PS: Aside from watching Tale of The Nine Tailed being its own reward, DStv is running a special competition on the series from Sunday, 11 April to Saturday, 17 April. Watch to find out what it entails.

“I lost my parents when I was little, and tried hard to find them as the only goal for 20 years. That kind of family love. In order to find my parents, I became a producer of supernatural programmes. So I hold onto the belief that supernatural things do exist, and become determined to hunt after the nine-tailed fox,” says Bo-ah about her character. “Our scriptwriter (Han Woo-ri) has done programmes related to current affairs for a long time. Despite her soft look, she is full of charisma and has a strong image which I felt is similar to Ji-ah so I set her as my role model. I observed and learned from her actions and expressions.”

TV production in South Korea is a big deal – much like the K-Pop industry, where talent managers at giant companies become star makers. With K-entertainment’s explosion of popularity worldwide, working in South Korean television means making art that the whole world can see. It has all the excitement and stars-in-your-eyes feel of old time Hollywood.

South Korean viewers aren’t just into the stars on screen, they’re intrigued by the people running the machine, especially the producers and directors shaping the stories and pulling the strings. As a result, a character being a TV or film producer is the equivalent of landing that big, glamorous New York City magazine writer or editor job in a Western romantic comedy. It’s the pinnacle of success and glamour… but also gritty hard work that fits right in with the local workaholic culture – a perfect combination for TV storytelling. In the modern world, Lee Yeon carries out “monster hunting” missions for the Afterlife Immigration Office. Being able to travel and the constant interaction with the real and spirit worlds is also useful for his real quest, the search for the reincarnation of his long-lost love, Ah-eum – an exiled princess who grew up as a king’s 7th daughter. Since there are no coincidences, Ah-eum has been reincarnated as Ji-ah.

“I play the nine-tailed fox Lee Yeon. My role is to hunt down monsters who mess with this world, and guide them to the underworld,” says Lee Dong-wook. “Before living in this world (in South Korea during the modern era), during the Baekdudaegan era, my character was the guardian of the mountain.” The Baekdudaegan mountains run the length of the Korean peninsula and are often referred to as the “spine” of the peninsula. So protecting this range would make Lee Yeon a big cheese in the spirit world. “My character is someone who does not restrict himself when facing different behaviours, places and people, a character who is full of freedom. Acting as himself is very enjoyable,” says Yeon. Lee Rang, a nine-tailed fox and the brother of Lee Yeon

“I play Lee Yeon’s half-blood brother, Lee Rang. Due to a period of misunderstanding and distrust between my brother and I, I developed some hatred towards him and started to torture him as a dangerous nine-tailed fox,” says actor Kim Bum. “It’s a story that spans over a very long time. The conflict accumulated as time passed, and cannot be resolved so easily at once, like an entangled ball of yarn. The accumulation of such feelings for each other was a gradual process.” He goes on to explain: “The nine-tailed fox is a role from traditional Korean tales that appears as a superhuman character in legends, where foxes transform beyond animals. Hence, I have studied a lot on foxes’ moves and habits. I have watched many documentaries and blogs on traditional Korean foxes. I have also tried to put in parts similar to the foxes when I use my facial expressions,” reveals Bum, who also plays Lee Rang’s gumiho alter ego, Miho Gumi. As Yeon mentioned, swotting up on some Korean creatures enriches the experience of watching the show. With that in mind, we’ve put together a little list of some people and creatures to look out for. In this show, the majority of the characters have known each other in past lives. There are tales of reincarnation, ghosts, spirits and beings for the underworld. These are just a few…

Gumiho (a nine-tailed fox): a mountain guardian spirit There are several gumihos from all around the world, including Russia, in the story. They can assume the appearance and identity of ordinary people. A shapeshifting nine-tailed fox lives for around 1,000 years and in Korean folklore their presence is ambiguous – they could be ill-intentioned and feast on human flesh, or be knowledgeable guides. If the gumiho is determined, it can leave its evil nature behind and become fully human.

Imoogi: a serpent or dragon spirit that can possess a body To save the life of her father, who was being possessed by an imoogi, Ah-eum took the spirit into her own body and begged Lee Yeon to kill her so that he wouldn’t have to sacrifice himself to get rid of the imoogi. An imoogi can read minds, and when they are reborn they age rapidly and suck the life force out of their caretakers, leaving them as mummified corpses before they take on an adult appearance. Like the gumiho, the imoogi can take on a fully human appearance and identity. They can live for many years and increase their life span and power by trapping human souls.

Spirit of Darkness An Imoogi's partner whose power is drawn from preying on people’s greatest fear.

Bok Hye-ja An ancient widow whose husband was devoured by a tiger thanks to a trick played by the Spirit of Darkness.

Taluipa The little sister of King Yeomra, supreme ruler of the underworld. In the modern world, she acts as the manager of the Afterlife Immigration Office and keeps the list of dead souls that Lee Yeon must collect.

Hyun Eui-ong Taluipa’s husband, gatekeeper of Samdo River, who briefs souls before they enter the underworld.

King of Darkness The 10th and final judge of the afterlife who controls reincarnation. Occasionally he ventures into the human world.

Yeou Gogae A totem spirit who acts as a kind of guardian.

Bulgasari A man-made sculpture or figurine in a roughly human form that’s given life by the gods and can grow and change form. The closest analogy would be to the Western golem, which is powered by prayer.

Lim Ki-hong A white-eyed fortune teller who trades powerful objects in exchange for the most important thing in someone’s life.

Eyebrows of The Tiger An artefact taking the form of a pair of glasses that allows the wearer to see another person’s past life or lives.

Mirror of The Moon 1 of 4 artifacts/gems owned by the mountain spirits.

Fox bead The gumiho is said to carry a bead with it, in which it stores great knowledge, power and intelligence. They can use the bead to absorb people’s energy during a deep kiss. But if the person they’re kissing swallows it, they’ll be given supernatural knowledge.

Who’s who on tVN

Ready, steady, March to your TV and try some tVN

Korean action on tvN this Easter

tvN (DStv channel 134) is lighting up the Easter weekend, from the MAMA, to Encounter, to Melting Me Softly, and find out what’s coming in April with Sne...