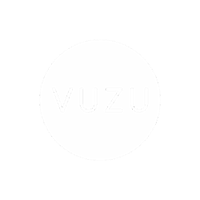 The yellow residents of Springfield are filling up your screens on Vuzu (DStv 116), weekdays at 18:30 from Monday, 1 June. They’ve been around since 1989 and we still don’t know exactly where in the USA the town really is. But what we do know is that the writing team have kept fans coming back for 684 (and counting) episodes thanks to intelligent writing, topical themes that tune the show into what’s happening in society, plus the escapism of a place where an absolute buffoon like Homer Simpson is entrusted with working at a nuclear power plant. And S31 isn’t about to disappoint. We count down five episodes to watch out for… Marge has dealt with every disappointment under the sun. She loves Homie but she married a moron. Bart is Springfield’s wildest child. Lisa is going to be lonely forever because no one matches her on an intellectual level. And Maggie… well, she’s been sucking her pacifier for 31 years and has barely managed to string a sentence together.

So you’ll forgive Marge for wanting just one perfect snapshot in life – literally. The Simpsons go on holiday with the hoity-toity Van Houtens to Costa Rica, and Marge does everything under the sun to get one perfect family photo on vacation that she can cherish for the next 31 years. Good luck, mama – you’re gonna need it if you think everyone’s standing still long enough to smile and say “cheese”. Thanks for the Horror-ween – episode 8

Only the Simpsons can take three holidays – Christmas, Halloween and Thanksgiving – chuck ’em through the old blender and come out with a truly magnificent roast turkey of an episode. A Christmas Story lends the ghosts of past, present and future as the Simpsons go on a hattrick of spine-chilling animated horror (borrowed from Halloween) for their Thanksgiving special episode.

What’s on the menu? Starters of the past, with the Simpson pilgrim forefathers slicing turkeys down by the cartload. A main course of present, with Homer buying an artificial intelligence robot that looks and sounds like Marge, only for Robo-Wife to try kill Marge and replace her. And the dessert is a shocking future, with Bart working on a space station and being intelligent enough to turn cranberry sauce into a walking, talking, feeling monster. It’s not just the voice actors who’re making tom, Springfield’s smartest man Professor Frink invents a crypto currency that turns him into the richest man in town… on paper. Don’t expect anything outlandish from this episode (other than Smithers calling his now “poor” billionaire boss Montgomery Burns “Monty” because he’s no longer the richest guy in town). Instead, Lisa turns it into a heart-warming episode about a lonely man – Frink – finding out who his real friends are when he’s both got everything and nothing.

The marijuana business boomed in 2019 when it was made legal across most of the USA in real life, and it’s reached Springfield too. But while Marge is working at a more upmarket (read: legit) weed dispensary, Homer is running his own high business at Moe’s Tavern.

Surprised that he’s undertaking a shady get-rich-quick scheme? Not in the slightest. Impressed by Homer having the savvy to enter a booming market? Absolutely! Waiting for weed-chimney school bus driver Otto to come calling looking to score some stash? Sit back, munch on a brownie and watch as Lisa wrecks Homer’s bright idea by reminding him that he’ll still have to pay tax on what little money he does make. D’oh! Bart’s pooch, Santa’s Little Helper, has been through thick and thin with the fam. So a nip here and there is understandable because the Simpsons are nuts… until he bites Marge in the season finale. She had it coming with the traditional Simpsons strangling gag as the dog misbehaves, yet it highlights a serious problem around the world: animals becoming aggressive and are then either being abandoned on the side of the road or worse – dumped at a pound where they’re adopted or euthanised. Cue flashbacks through 31 seasons and episodes you’ll have forgotten as the Simpsons remember the good times with their pupper and try save their pet with help from an animal psychologist.

The Simpsons show is famous for predicting events that come true – somehow – in real life, no matter how bizarre. If you think that episode 18’s helium discovery and a massive helium find in South Africa in 2020 was a fluke, think again. While Donald Trump became US President in 2016, The Simpsons featured it way back in 2000. Writer Dan Greaney revealed that the storyline was meant to be a joke: “That (Donald Trump as POTUS) just seemed like the last logical stop before hitting bottom.”

How to watch The Simpsons online