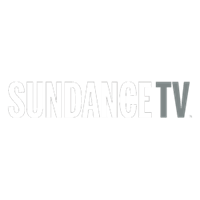 The Terror is back and you’ll be scared stiff

The second season of The Terror takes place in a Japanese American community during World War II.

The Nakayama family are Japanese immigrants living on Terminal Island, California during World War II. Facing increased pressure from the government as the war against Japan intensifies, the community also finds itself under threat from a mysterious entity – a malevolent Japanese spirit that seems intent on doing harm. Chester Nakayama, the 22-year-old son of the family, seems to be at the centre of everything, as he battles to find his place in the world, torn between being all-American and his Japanese roots. Here are four reasons why The Terror S2 will be just as good as the first season:

1. The AV Club has referred to is as “haunting, unwieldy and one of the most relevant shows of the year”. In fact, almost all the reviews have been positive. It’s even scored an 89% rating on movie review site Rotten Tomatoes. Rolling Stone says: “It’s a potent combination of what scares us in our imagination and what should scare us in real life”. 2. There’s a sense of dread that prevails throughout the series – from both the unknown element of an evil spirit and the man-made menace of internment and harassment by the American government. 3. It manages to shed new light on a real historical event in American history that has largely been swept under the rug – the mass internment of Japanese US citizens following the Pearl Harbor attack during World War II, as well as the rampant racism that was so prevalent in the country at the time. 4. It has a sterling cast. The Ridley Scott-produced show stars Star Trek’s George Takei (himself a real-life survivor of the detention camps) as Nobuhiro Yamato, one of the oldest Japanese men on the island, who has the closest connection to the old Japanese customs and way of life. Chester is played by Derek Mio (Greek) and Naoko Mori (Torchlight, Absolutely Fabulous) plays Asako Nakayama, Chester’s mother. Miki Ishikawa (9-1-1) plays Amy Yoshida, Chester’s closest friend, who sees herself as more American than Japanese. C Thomas Howell (Animal Kingdom) stars as retired Major Hallowell Bowen, an official with the War Relocation Authority, responsible for the fate of many of the Japanese people.

The Terror: Infamy starts on Tuesday 13 August on Sundance TV (108) at 21:00.
Missed an episode? Watch it on Catch Up or stream the latest episodes at now.dstv.com.