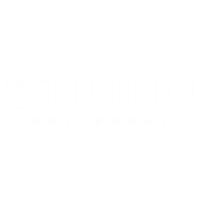 The princess is out of the tower in Vagrant Queen Sci-fi series Vagrant Queen, which is based on a comic series of the same name, follows the adventures of former child queen and fugitive Elida (played by Adriyan Rae, in supernatural web thriller Light As A Feather) as she fends for herself in Gallinox, a universe where strange-looking creatures and spacecrafts are the norm. The series was filmed in South Africa, so expect plenty of familiar faces.

From the outside, Elida is a sassy and highly skilled fighter who could beat any man or woman in combat. But when the curtains close and Elida is all alone in her spacecraft, she is the little girl who has been on the run for years, ever since Commander Lazaro (Paul du Toit from Binnelanders) allegedly murdered her mother Xevelyn (Bonnie Mbuli in locally filmed international series Noughts & Crosses) and took over the monarchy.

Elida’s quest to escape her past is disrupted, and she is forced to revisit painful memories when her childhood frenemy Isaac (Tim Rozon from Instant Star) tracks her down and reveals that her mom is actually still alive. Together with Isaac and their tech-savvy pal Amae (Alex McGregor from Spud: The Movie), Elida sets out to rescue Xevelyn from a heavily fortified, secure location. They will have to brave cannibalistic aliens and escape dangerous shoot-outs in order to bring Xevelyn back home and overthrow Lazaro. At first, Elida is in disbelief when she learns that Xevelyn is somewhere out there, alive. She saw her mom take a bullet to the chest and take her last breath, after all. “There are a million thoughts running through Elida’s mind upon Isaac’s revelation,” says Adriyan. “Elida is certain that he is lying to her, until Isaac shows Elida her mom’s necklace. In that moment, Elida’s world comes to a standstill. She wonders what Xevelyn looks like now, and whether her mother would be proud of her if they were reunited,” adds the actress. Making her mother proud becomes the driving force behind Elida’s rescue mission. After Elida went into hiding, she lived as a scavenger: lying, cheating and stealing in order to make ends meet. It’s a life that is completely different from her childhood in the royal house, where she was constantly protected and had money in abundance. “As a child, she wasn’t embraced like other kids. She was never allowed to be a child and eat candy and play outside. She was trained to be a queen and at eight years old, she was in charge of an empire,” explains Adriyan.

And now that Elida is returning to the Republic to reclaim everything that was taken from her, she’ll have to prepare for the responsibility of saving her people from Lazaro and becoming queen again. “One thing that Elida learnt while she was an outcast is that she enjoys being a regular person who isn’t glorified. She likes having friends, a luxury she wasn’t afforded when she was much younger.” But can Elida escape her fate? In keeping with the theme of a strong lead, Vagrant Queen is female-led production. It features an all-female team of writers, female directors and a female showrunner Jem Garrard (director of You Me Her. “Being part of this production is fantastic. I’m on the frontline of this beautiful movement, and I’m honoured to get to work with these talented women who’re changing the face of Hollywood. It’s fantastic,” reveals Adriyan.

How to watch Vagrant Queen online