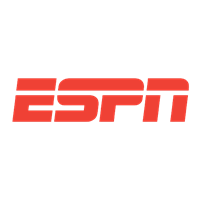 In the midst of the most unusual year across sports and entertainment, ESPN has announced its latest instalment in its Peabody and Emmy award-winning 30 for 30 series, The Life and Trials of Oscar Pistorius, which has been in production for several years. The four-part documentary series will premiere weekly from Thursday, 19 November at 20:00 (ESPN (DStv 218) with rebroadcasts  each  Sunday at 20:00 from 22 November. The series will also be available on Catch Up, as well as the ESPN Player App.

Directed by BAFTA award-winner Daniel Gordon (“Hillsborough,” “George Best: All By Himself”) and produced by Academy Award-winner John Battsek (“Searching for Sugarman,” “One Day in September”), the documentary tells the story of the South African Paralympic sprinter and international hero, who had inspired millions with his determination and dedication – and who was then suddenly at the centre of a murder investigation. The circus that surrounded the tragic death of Reeva Steenkamp became just as much a story of the time as his initial rise to glory.

“The Life and Trials of Oscar Pistorius is the culmination of an exceptional year of work from ESPN Films,” says Evert van der Veer, Vice President, Media Networks, The Walt Disney Company Africa. “This latest entry in the iconic 30 for 30 library is another example of  how ESPN continues to build on its legacy as the home of the best storytelling in sports, joining films such as LANCE, Be Water, Long Gone Summer and more, which we are thrilled to be bringing to audiences across the continent.” Featuring interviews with more than a dozen of the figures closest to the story, the film recounts Pistorius’s fall from grace after killing his girlfriend Reeva Steenkamp in the wee hours of 14 February 2013 in his home in Pretoria, South Africa. According to Pistorius, the event was a tragic accident, but his troubled past and questionable testimony cast doubt on his innocence. As the saga unfolds, the story flashes back to the very beginning of the future Paralympic star’s life, chronicling his improbable ascent from a young boy who had both his undeveloped legs amputated as a toddler to overnight teenage phenomenon at the 2004 Athens Paralympic Games. Shattering records and convention, “The Blade Runner,” as he became known, then went on a quest to compete against able-bodied athletes at the Olympics. His struggle against international track and field officials continued for years before Pistorius finally prevailed and competed at the London Olympics in 2012. Less than a year later, he was in a South African courtroom, accused of murdering his girlfriend.

“The story of Oscar Pistorius is remarkable in its complexity. It’s at once inspirational and harrowing, and provides a lens of insight into a breadth of issues – from gender based violence to disability rights, racial inequality and media frenzy,” said director Daniel Gordon. “My hope is that the film gives audiences additional context and layers to a story they think they know.”

Watch the four-part documentary series, The Life and Trials of Oscar Pistorius, Thursdays at 20:00 from 19 November 2020 on ESPN (DStv 218).

The Life and Trials of Oscar Pistorius: Episode 3

The Life and Trails of Oscar Pistorius: Episode 2

The ESPN 30 for 30 sports documentary digs deeper into evidence, doubt, trials and technicalities in the athlete’s life