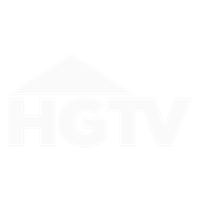 There’s nothing like a seaside holiday home to make you relax and unwind. But owning and renovating a beach house presents some unique challenges. And that’s not including the fact that for every holiday for years to come, people will hand you little beach-themed tchotchkes until you can’t sneeze without spackling a seashell.

In HGTV’s (DStv 177) new reality show Beach Flip, hosts, judges and mentors (they’re a 3-in-1) David Bromstad, Nicole Curtis and Josh Temple will be challenging home makeover amateurs to renovate beachfront houses in Alabama. All the houses are real and have to go back to their loving owners after the work is done, so there’s no room for shoddy work. They’re also regular, shabby, outdated cottages rather than beachside mansions. “The work done on the houses in the show represents a real renovation with a real budget that is totally relatable. But I want everyone to indulge in the show because it’s delicious,” says David.

Each week the four pairs of contestants – who’re working in couples – will be making over a different room in their given two-bedroom, two-bathroom house, and whoever wins the episode’s challenge could gain some extra cash to dedicate towards their project. They have just eight weeks to get the whole lot done, and you can bet that the judges will be dropping by to complicate matters with some special instructions now and then.

Here are just a few of the problems they’ll be facing.

Working together is a challenge. Anyone who’s seen a reality show will know that people straight up groan when a team challenge is on the cards. You’re just as likely to pull apart as to pull together. “It's emotional. It's intense. One couple never has spent more than a week together, they have a long-distance relationship, and now they spend eight weeks tied together. Even for the married couple, it's a struggle. You put your relationship under a microscope, and it is intense renovation, and it's real. It's not TV real. It's actually real,” says David.

Due to the perversity of TV shooting schedules, this lovely summery show was shot in mid-winter. David’s fake tan sessions were the least of the problems that caused. “We were shooting a summer show in January and February. It's 30 degrees out (-1 degree Celsius). It's not warm. We all got sick, every single person on set. It was tough trying to look warm when you're actually freezing,” says David. It wasn’t just filming that was made tougher by the weather. “When you’re on the Gulf Coast in Florida, you get hurricanes, there are certain codes that you have to have in place. So it’s definitely different designing for a beach than a regular house,” David reveals. Josh adds, “Beach houses are susceptible to moisture and, thus, mold. Repainting walls can alert you to mold or water damage and a fresh coat of paint can help deter mold.”

Beach houses have to be able to welcome everyone indoors. You’re always having visitors or lending the keys to friends. “These houses have to be vacation-friendly, which means they need to photograph beautifully to attract potential renters. They also have to be family welcoming, providing ample space for dining and hanging out as well as incorporating an indoor/outdoor feel. And the decor has to go along with the reason for the house in the first place – relaxing and enjoying the water,” says David. But he warns the competitors off dashing straight for those lighthouse pics and glass fishing floats to meet that theme. Think natural fabrics and calming colours rather than beachcombing kitsch.

Josh hints that colour is key. “People come to the beach for the sun, water and sand, so keep the colours light and refreshing. A deep maroon den doesn’t belong at the beach,” he says. Oh, and because they’re primarily used as holiday houses, beach cottages don’t have quite the same need for storage that a regular house does – as one coupe will discover this season.

While the teams can tackle most challenges, Josh warns that there’s one area where they’ll need to bring in the professionals. “Beach houses are set in some of the most beautiful environments imaginable, so highlight that by adding windows to bring in the sun and the views. But leave this install to the pros. Beach-side properties usually come with a wet off-season, and windows need a proper airtight – and more importantly – moisture-tight seal. There are just too many elements to deal with for the average homeowner,” he says. He also notes that building regulations for outside decks are also different in coastal areas than in the rest of the country, thanks to the challenges of weathering and exposure to the elements, so contestants can’t just go wild doing whatever they want.

A matter of taste

But the competitors won’t be the only ones struggling. The three judges really butted heads this season. “Awful. Awful. Awful. It was so hard, because you’re invested with these people, especially toward the end of the season. The first few episodes, you’re like ‘Yeah, duh.’ But me and Nicole didn't agree with Josh’s decisions. We were like, ‘No, wrong decision…’ He’s like: ‘I’m going for it.’ After the midway point of the season, the competition really begins. We were almost crying when we had to pick a winner. At one point, I was literally in tears, and it was just a very tough decision. There’s money involved, and it’s a game changer,” David explains.

Design shows to make your home makeover a reality