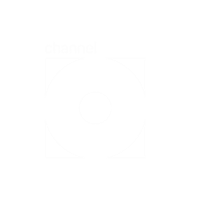 The glam of the Gram: Watch the 2020 Grammy Awards live When you all fall asleep on Sunday night… how will you know who won a Grammy – or if Bad Guy singer Billie Eilish went home with some golden gramophones under her arm if you don’t watch it live? Catch the 62nd Annual Grammy Awards live on Monday 27 January at 03:00 as a simulcast live broadcast from STAPLES Center in Los Angeles on Channel O (319), or again during prime time on the same day at 19:00.

Billie and Lizzo lead the nominations

With six Grammy award nominations – including Record of the Year, Album of the Year, Song of the Year and Best New Artist – according to Spotify, trendsetting teen Billie Eilish, whose music has amassed more than 15 billion combined listening streams across multiple platforms, has become the youngest artist ever at the age of 18 to be nominated in the four main categories in the same year. Billie joins Lizzo (31) in the Album of the Year category with her “genre-bending” and critically acclaimed debut of When We All Fall Asleep, Where Do We Go?

It doesn’t mean, however, that Billie will clean up at the Grammys. Competitor Lizzo got the most nominations – eight, including Album of the Year for Cuz I Love You, Record of the Year and Song of the Year – with Billie and Lil Nas X who both got six. Then there’s Ariana Grande, H.E.R. and Finneas O’Connell who all only scored five nominations each.

Not to worry – and not to single anyone out – but Lil Nas X’s Old Town Road, his country-rap collab with Billy Ray Cyrus responsible for burning up your morning work commute last year, is nominated for Best Pop/Duo Group Performance.

Both Billie Eilish and Lizzo will perform – they’ll make their Grammy stage debuts. Demi Lovato will also sing on stage – her first live performance since she was hospitalised in 2018 after her drug overdose, and fans can’t wait to see the pop star on form again.

Ariana Grande will grace the stage once again and Blake Shelton and Gwen Stefani will perform together at the Grammys for the first time. Aerosmith, Run-D.M.C., Charlie Wilson, Bonnie Raitt, Camila Cabello, H.E.R., Jonas Brothers, Rosalia and Tyler The Creator will all also strut their stuff on stage.

Alicia Keys is back on hosting duties and if you’re wondering about the calendar change, yep, there’s a switch up with the awards ceremony taking place in Jan instead of Feb. “It’s almost like a marathon,” says Alicia about hosting the ceremony for the second time. “You can’t just run a marathon once. I feel like now, more than ever, I’m familiar with the space on multiple levels. It’s going to be an exciting, inclusive, beautiful experience and that’s what I want to create”.

The 62nd annual Grammy Awards belonged to the newcomers of the music industry. Here are your winners. [WARNING: SPOILERS AHEAD!]