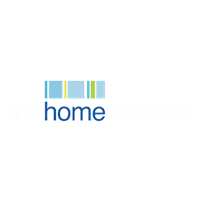 Modern day homes in urban areas have become infamous for being tiny and expensive. Add to that unnerving daily traffic commutes to just about anywhere in the city and it becomes easy to see why the call back to the country has become more and more appealing for property buyers.

In season one of Escape to the Country, viewers followed buyers across rural England in search for prime property in the country. In the premiere episode of the follow-up season, I Escaped to the Country season 2, Jonnie Irwin reconnects with buyers who bought and have since moved into their countryside homes. He visits them to find out what they love about their new homes and how the big move has impacted their everyday lives. Even if your current reality calls for life in the bustling city, viewers can now steal a moment to live vicariously through these families and catch a glimpse of what life is truly like in the farmlands.

Most reality shows have an element of production to them, but with I Escape to the Country, viewers are guaranteed unfiltered reality. This is because all the homes seen on the previous season were really on sale (and not just a set) and the buyers were authentic as they actually went through with the purchase and are now living in their new homes. The homeowners open up candidly on how they’ve had to adjust to their new environment, leaving viewers with a realistic impression on what goes into a move of this magnitude.

Think the countryside is not your scene? Tune in and be prepared to be surprised by how this refreshing reality show can take you on a calming excursion through lush landscapes and satisfying scenery. Follow Jonnie and take in the sites of Suffolk as he catches up with a family who’s now taken on farming chickens and bees, before he missions out to Kent to inspect the renovation project another family has initiated in their country home.

The season is presented by a handful of English TV personalities like the multitalented “Jonnie” Jonathan Irwin who is a lecturer and a property expert. News reader Sonali Shah and Nicki Chapman of Escape to the Country fame, also feature as presenters in the property catch up sessions.